UTD Unscripted: Every step of the way 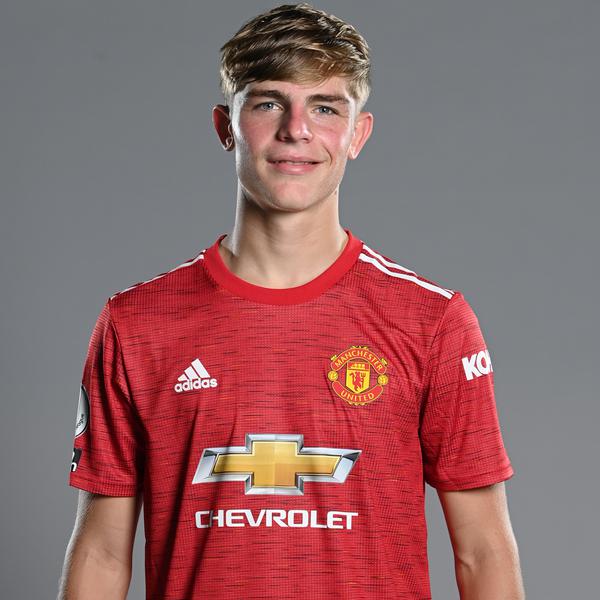 When I was growing up, my parents made a lot of sacrifices for my football career.

They’ve always had to work around me and my football. They’ve both always had jobs, but I had to get to training while they were both supposed to be working late, so they had to take turns to take me to the training ground and they’d always move things around and help each other out to do what was best for me. They both had to make big sacrifices in their own lives to get me to where I am today, so I’m really privileged to have the parents that I have.

My Dad, Paul, is your typical, proper dad: he likes to do the stereotypical thing of being a bit grumpy but he’s got a good laugh in him. My Mum, Lisa, is the more talkative one of the two of them. She’s so protective of me because I’m her only son, so she’d probably say I was a mummy’s boy. Mum has her own café and dad works with his best mate installing windows on huge buildings, and they’re both hard workers. They always have been.

"Eight different teams approached my dad, but we obviously decided to go to United."

If I wasn’t watching football as a kid, I was playing it. I had a concrete pitch right outside the back door of my house. As soon as I’d finished school, I’d be out there. It was the same thing every day:

Run in from school. Throw your school stuff on the floor. Throw on whatever clothes you saw first. T-shirt and shorts, whatever the weather, it didn’t matter. Just go and play football and have fun for the rest of the day until the street lights came on. Then you knew it was home time!

Everyone was always on there. The whole neighbourhood. We were all too young to have phones, so nobody could text to arrange meeting up. Everyone just got themselves to the pitch and started playing. It was a very, very good experience for you as a footballer growing up. You’d be coming in with your hands grazed, your knees grazed from playing on concrete with lads that were five or 10 years older than you. That part was key for me; it was a big deal playing against the older boys. Great experience.

I first started playing for United when I was seven. I was playing for my local team in a tournament in Blackpool and scouts from about eight different teams came up to my dad afterwards. They were telling him they wanted me to go down to here, here and here. All the local ones that you’d expect: United, City, Liverpool, Everton, all the north-west places.

We obviously decided to go to United.

You can’t sign a contract until you’re nine, so I was on trial at first. From seven until nine you’re in it for the fun. I was training with United and playing for my local team. Then we were in the same tournament in Blackpool again two years later when I’d just turned nine, and we’d just won the semi-final to go through to the final and my dad told me I’d been offered a contract with United.

What he actually said to me was: “They’re not giving you a contract.” I was very disappointed, pretty devastated, as you’d expect, but then he turned around and said: “Only joking.”

There was one little issue. Like I said, we’d just won the semi-finals of the tournament when I was told about the contract, but I was told I had to get to Manchester to sign it the next day, which was the day of the final. It had to be signed by 10am and the final was at 11am, so I had to leave my team to play the final without me so that I could sign for United. They lost 2-1, but I guess it was the right choice for me!

"Then I saw the pitch, all lit up by the floodlights. I was hooked."

I couldn’t believe it when I’d actually signed the contract. My heroes at the time were Rooney, Ronaldo and Tevez, and I’d just signed for the same club as them. My main memory of watching football as a kid was growing up watching them playing for United during the 2007/08 season – that was just an incredible season, the football they played was amazing to watch. Whether I was watching them on the TV or I was lucky enough to go to watch them at Old Trafford, those were just years of moments that I still look back on and appreciate.

I don’t remember exactly what was the first United game I ever went to, but I still vividly remember what happened beforehand. Me and my dad had been stood in the concourse, which was pretty tight and dull. Everyone was getting their hot dogs and beers and stuff, then we started walking up the steps to go to our seats. About halfway up the steps, it started getting brighter and brighter.

Then I saw the pitch, all lit up by the floodlights.

It does actually hit you when you first get up there.

I was just in awe, thinking to myself: This is incredible.

So for me to get a contract, even at nine, to play for United, was something that made me and my family so proud. At that age, it wasn’t quite yet about it being time to knuckle down and work hard; it was more about fun, learning new things and things would only start getting properly serious as I started working my way up through the age groups.

"My heroes were Rooney, Ronaldo and Tevez - I’d just signed for the same club as them."

I could always look around my friends and family for inspiration. We’re not just about football. My cousin and one of my best friends are both boxers; they’ve both got belts in the Commonwealths too. I’m really proud of what they’re doing in their careers. It’s very motivating for me to see and, as far as I’m concerned, you’ve got to have people around you who are of the same mindset as you. For me, that’s always been people who want to be the best in what they do. Having people like that in my family and among my best friends has always been very important to me and still is.

Sometimes, when I’ve got a day off – or at least before social distancing kicked off - I’d go and watch them train and see how they prepare compared to how we get ready for football. I’d factor it into my own training too. Before we’d come back for pre-season, I’d go and do a one-week block or a two-week block of boxing training to get myself fit for football, doing work on the pads and having that alternative approach to training. It’s a different kind of fitness – what those lads do is crazy – so it’s good for me to work it into my own routine.

My boxing’s alright, not too bad, but my football has always taken priority. As I worked my way up the ranks at United and got into the first-team squad, that was a huge deal for me and my family. Obviously you never stop learning and I wouldn’t ever say I’ve made it, or stop working hard to keep improving, but it’s great to be in a position to do nice things for them.

People might have seen the viral clip of me giving my dad a new car for his birthday. His reaction was great, but it was something that was really important for me to do for him. Money-wise, my family haven’t always been in the best financial department, but they’ve always made sure there was enough money to look after me and my sisters, so to be able to give something back to him like that was a really happy moment for me.

My dad’s work can be anywhere so he needed a car, but my mum didn’t need one – even though she can drive – because everywhere she goes is local. She likes to walk to work, walk to see her friends and family and so on, so she didn’t need a new car. Instead of a car, my mum has had a lot of work done to the house, which she’s really happy with.

It’s so important for me to do that. To see dad’s face and mum’s face when I gave them those gifts, it really was better than anything else in the world. It gives me a boost as well. To get them nice things, get them into nice situations, that’s down to me working hard on the field. If I don’t do that, then I can’t help them for a long time and I want to be able to help them for the rest of their lives, so I’ve got to keep on working hard every step of the way – just like they did for me.

Fernandes: I hate losing - I wouldn’t let my daughter win at Uno!