UTD Unscripted: My road to recovery 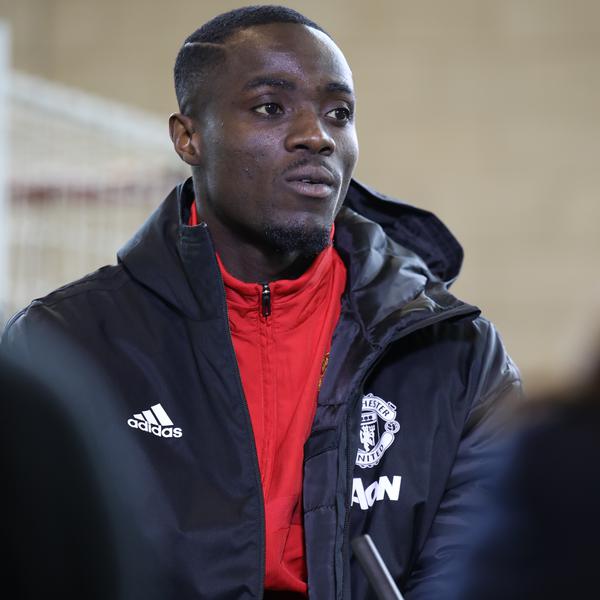 Back in January, after I had played with our Under-23s against Newcastle, I got home, turned on some music, put it on loud, like at a party, and just danced with my family. It was a party, really; a celebration of being able to play again. A normal match, a full match free of any recurrence of any injury.
That night was a great moment for me, a really good step in my return. I had mixed feelings beforehand. On the one hand I was very happy, having trained up to a level where I could play again, but at the same time I was a bit worried on the day of that match, perhaps a little constrained in the build up to that match by my own self-control, having just returned, so it was a mixture of feelings at the start. After the first few touches and the first few minutes, things started to flow and those concerns were behind me. By the end of the match I was really happy with how things had gone at the stadium.
It had been a long journey for me since July.
Near the end of last season, I picked up a knee injury against Chelsea which meant that I missed out on the African Cup of Nations. Two months out, during which I prioritised my treatment and recovery over rushing back. That meant that I missed last season’s run-in and the Cup of Nations, but I was back for a new start with United in pre-season.
We were playing against Tottenham in China when the injury happened. That’s a moment I’d prefer to forget about. I felt like I was in great form, I'd come back fully from the first knee injury, and I was just getting a run of play in the team. Then it happened. This time, the other knee.
UTD Unscripted
Eric Bailly says

"I was a bit worried on the day of that match, perhaps a little constrained in the build up by my own self-control, having just returned. So it was a mixture of feelings at the start. After the first few touches and the first few minutes, things started to flow."

Like I say, it was a hard time for me, and I’d prefer to forget that moment if I can and put it behind me, because it was such a difficult time, so I won’t focus too much on the incident itself.
At the moment of the injury you're not always aware of the seriousness of the injury. It’s never a good feeling and you know that it’s going to prevent you from completing that match, and it’s only really afterwards that you start to think about the time cost.
We didn't do any tests on the day of the injury, we waited until the next day to carry out the scan and all that, so it was only afterwards that I was told that the injury was a fairly serious one and that I was going to be facing a recovery period of three or four months.
Three or four months?
That was quite hard to take, as you can imagine. Being out with injury for even one month is hard to take, but three or four months… wow.
But what can you do? You can only accept these things and look to the future. I had to say to myself that these things can happen and there's nothing you can do to change it, so you have to have a strong mentality, to look to the future, get the right treatment early on, and then try to work your way back into working with the team.
The right treatment meant starting with an operation. The medical team at the club referred me to a specialist in Barcelona as that was best course of action. The first part of my recovery also had to take place there, as the follow-up treatment and care was provided by the same people who performed the operation. In total, I had to stay in Barcelona for about a month afterwards, until I was sufficiently recovered for discharge to return here to Manchester for the rest of my treatment.
Now, what I would say is that when I am fit and playing, I really enjoy the rest between matches and training sessions. I can’t say the same when I am injured. When injured, it’s different. You just feel as if you are doing nothing, but you have to follow your orders. You have to respect that rest is part of the recovery process, it’s something the doctors and physios tell you to do, and you basically have to do exactly what they tell you during the process.
My recovery started in Barcelona, so it started with the doctors, staff and physios out there, who all helped me a lot, but that was probably the hardest part. I could scarcely walk at that point. Those were the lowest times, during that first month.
After I came back to Manchester, some personal carers would come over regularly from Spain to continue their work with me here, and that really helped a lot. I was able to start with certain exercises which quickly became very, very repetitive and dull. Those are the ones that I remember the most, probably because I did so many of them.
Lots of repetitions, over…
…and over…
…and over…
…and over.
UTD Unscripted
Eric Bailly says

"When I am fit and playing, I really enjoy the rest between matches. When injured, it's different. You just feel as if you are doing nothing, but you have to respect that rest is part of the recovery process."

Of course, you quickly get tired of doing those, but there are many things which you do to ameliorate the recovery. Even if you don't like doing them, so what? They still have to be done. For me, the key thing was to realise that even though you might not like doing a certain activity, it becomes apparent to you that it is designed to optimise results and to aid your recovery.
You tell yourself: just get it done.
Then, over time, you start to see the results. You make a little progress.
As the exercises began to progress, that's when I could see more and more clearly that I was going to make a full recovery. I was going from strength to strength. There was pain, of course. Certain exercises definitely caused a degree of pain, and I had to force myself through barriers to overcome some of that pain. Over time, you learn to just manage it.
UTD Unscripted
Eric Bailly says

"I could see more and more clearly that I was going to make a full recovery. I was going from strength to strength. There was pain, of course. I had to force myself through barriers to overcome some of that. You learn to just manage it."

I come from a Christian family background, so that helped me greatly during the whole process. For us, prayer is always important, just as it is important to trust all our acts to God, as well as having courage to go on. As with all jobs, in mine there can be bad moments - injuries in my case, but in life too, there can be bad times and there are many other lives which are much worse than our own, and when you have that background and that knowledge of God, you know that what you have counts for very little and that you must always have the courage to move forwards in life.
It was also really important that I had the right people around me. Boredom is hard. If you’re spending all your time on your own bored, just doing nothing, that’s not going to do you any good at all, so it’s important to surround yourself with people who bring you energy. I am lucky that I have my family, my wife and my little ones. Through the whole recovery, I could play with the children normally, but with a degree of caution. It was me who had to take care – the kids aren't aware enough to know what's involved – but they were great for my spirits.
Some time after the injury, I went to Ivory Coast to see friends, to relax and try to forget and put the injury behind me, while building strength for my return and spending time with the people who could help with my return. My wider family, and friends back in my home country, so I felt I needed to spend time with those people to help charge my batteries for my eventual comeback.
Eric's amazing stepover in his return match Video

Bailly clearly enjoyed himself at Stamford Bridge in his first match for almost 10 months...

I had the added motivation of watching my team-mates play. I wasn’t jealous of them, like you might think; I was just inspired by them. I’d be sat in front of the TV, watching United play. Maybe two months into my recovery, I said to myself: Come on now. I’m redoubling my efforts to get back in that team.
Just seeing the lads play gave me more energy for the task in hand.
As soon as I was with the team all the time, training well, I’d made my comeback in the Under-23s and I was mentally prepared for any match, ready to take my opportunity. I felt good.
On the eve of the Chelsea game in February, Victor, who had been playing all the time, had a slight illness. The coach had been watching me, had seen everything I had been doing in training, he knew he could count on me. Ole knew I could help the team. He didn't hesitate, and the evening before the Chelsea game, he told me I'd be starting.
That was such a big moment for me.
I was really happy that I had given the coach that confidence to bring me in to help the team.
So I came back in, and it was such a great feeling.
It was even better for the fact that we won an important game as well.
Now, I’m so happy to be back in action and in good health. I'm happy that my training is going well and to the normal plan, after so many months out, so I really want to make the most of this moment in my life.