UTD Unscripted: Pick your own path 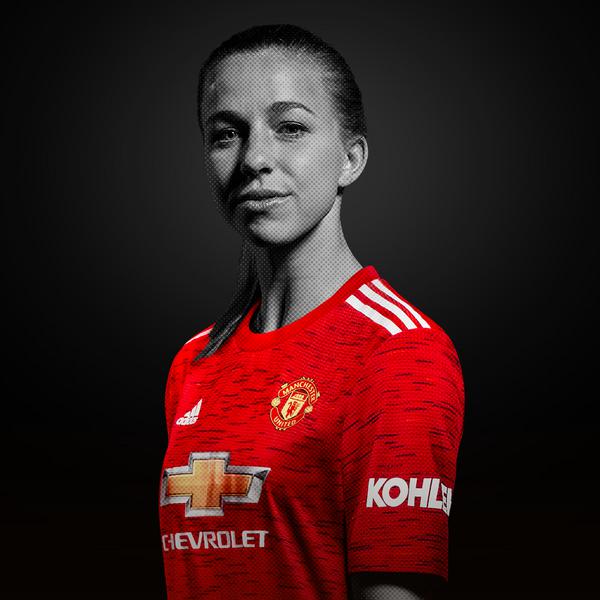 You know one thing that always blows my mind? When I see kids with my name on their shirt.

For me that’s just a crazy feeling because, when I was younger, I wouldn’t even think about getting a football shirt with a women’s player on the back. That wasn’t even a thing. For me, it was always Johan Cruyff or Wesley Sneijder on the back of my shirt. When I see it now, whether it’s my name or one of my team-mates’ names on their back, it’s a moment where you realise: wow, these kids know what they want to be now. They want to do this.

Now I even see little boys with our names on their back, and it makes me realise that the world has changed a little bit.

I’m really happy to be in this stage of women’s football because the game has grown a lot already. Of course, women’s football is still in a growing phase, but when I go out in Holland now or when I see men’s players in Holland, you notice that the vibe around us has changed. They take us seriously now, they see us as athletes, which is only fair because we put in the same effort. Five years ago that wasn’t the case, so there has been a lot of progress made. Now that you have people like David Beckham taking it seriously and taking his kids to women’s football, you know that the fanbase around the world will take it more seriously too. It can still step up but it’s getting there and it will keep growing.
Jackie Groenen says

"They take us seriously now, they see us as athletes. It is only fair, because we put in the same effort."

I’m in the generation of footballers where I’ve seen both sides of the women’s game, which I’m really happy about. I’m playing professionally for United and Holland now, of course, and I’ve been able to play in massive stadiums with lots of fans, but I still realise that there were times when I’ve also played in front of 10 people in the past, half of whom were my family!

Family is a big part of the reason I became a professional footballer. I started out in the game because my dad was a football player and so was my grandad. My dad was a bit upset that he got two girls when he wanted boys, but that didn’t matter so much in the end – it was still kind of expected that we would start playing football, so we were all into football from the start! I think at that time, whatever my sister was doing, I would try to do that as well, so when she started playing football I started up as well.

Back then, it wasn’t like now where girls can go and play with their friends for girls’ teams; we always had to play for boys’ teams. It wasn’t a normal thing back then. We were always the only two girls in the boys’ team. It was always me and my sister though, so we were fine together. It was always fun to see the opponents’ reaction to us, because the boys we played with knew we could play football well and they were accustomed to it, but each time we played a new team, it would be the same thing: “Oh, look at that – they have girls in their team!”
I was quite a dribbler with the ball from a young age, so if boys on the other team were annoying me before or during the game then I would dribble past them a lot because I would just want to show them. I would always push it a bit too far, so normally the coaches would have to pull me to the side and say: “Stop it. They’re getting annoyed now, so it’s time to play our normal game.”

I loved to embarrass them if they had annoyed me!

The boys I played with at that time found it very normal that we were there, so they helped make it feel normal for us. I also felt like the team always had my back, so if we were getting into problems on the field then one of the boys would jump in and get involved. I suppose if you look back it was quite strange in the way that we always had to get changed in a corner somewhere, or a referee’s changing room, because there was never anything arranged for us. It didn’t feel weird to me at the time, but I think was weird for a lot of clubs that we went to.
Jackie Groenen says

"I would dribble the ball past boys on the other team if they were annoying me. I loved to embarrass them!"

The differences were always there, not just in that moment but in terms of our futures, too. I think I was always jealous of the boys because I would say to them: “Oh, you guys are going to play in big, massive stadiums.” Football for me was the thing I loved to do the most, but I never saw a career path in it. At that time it wasn’t something you could touch or see, so I didn’t even think about it that much.

Even when I signed my first professional contract in Germany, not one part of me thought that this was going to be my career, this is what I was going to do for the next few years; it just felt like something I was rolling into. I would be lying if I said I was six and I wanted to play for the national team. I never really sat down and thought about that, I just played football because it was something that I wanted to do.

I had other options. I’ve always loved to study new things and develop new skills. I started playing judo because my sister was doing it and although it was a hobby in the beginning, it kind of got out of hand! I started being very serious about it, playing tournaments all over the world, so when I had to drop it at 16 so that I could focus on my football, it was harder than I expected.

I do like to do different things as well. I studied for a degree in law, I’ve taken up playing the guitar and I’ll sometimes play in a band… I basically just like doing things to take my mind off the routine, because being a pro athlete, there’s always the risk that you can go into your own little bubble. I’ve noticed that if I’m not careful then I can get sucked into that bubble and I don’t know anything about anything else. It can make me oblivious to things going on around the world. Doing different things gives me a way of stepping out of the bubble once in a while.
Jackie Groenen says

"Football was the thing I loved to do the most, but I never saw a career path in it. At that time it wasn’t something you could see."

My first love was always football though, and I’ve needed determination to get to where I want to be. When I want something I do work really hard. I like to work hard, I enjoy it and if I’ve had a day when I’ve slacked off a little bit, I go to bed feeling uneasy. I always push it to the limits. The main thing for me is just that I’ve always done what I really like to do. It’s a clichéd thing to say, but it definitely makes everything easier. I just want to do what I want to do. That makes training so much easier because it’s what I want to do.

If I have to give advice to anybody looking to make their way in football, or any career, really, I would say just make up your own mind about what you want to do with your life. I feel like in a career – and that’s not only football but across life – people are trying to make you go in certain directions, but sometimes you have to make the decision that feels right for you, even if it sounds stupid. I’ve not always made the most logical steps in my career, but that got me to where I am now. People used to say my family was crazy. I was 15 and went to play in Germany. My parents would drive me three hours to and from training every day, and people just couldn’t believe it, but I wanted to do it and it’s led me to where I am.

It’s important, I think, to not always listen to people!

Listen to yourself, decide what you want to do with your life and then push yourself towards it. If you do that, you can make anything happen. I remind myself of that whenever I see a kid with my name on their shirt!

What's happening at United this week?