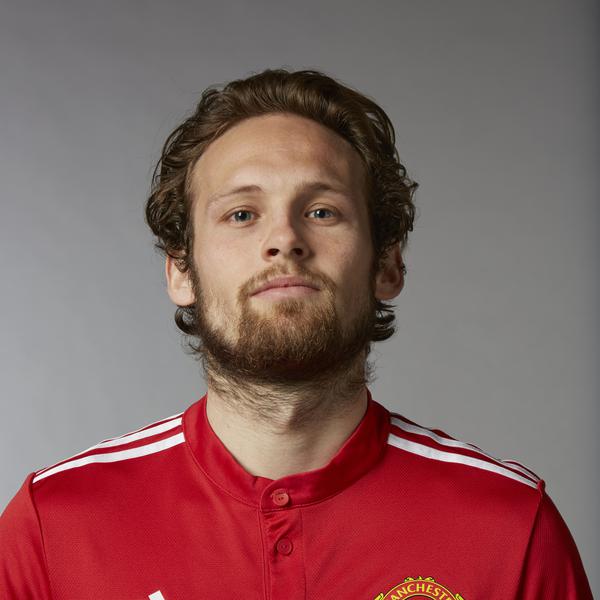 In the last few years, I think the Europa League has become more and more important to bigger teams because it also offers a spot in the Champions League. It isn’t just seen as a second cup anymore, it’s more of a priority.

The Europa League has such a long road to the final. There are so many more teams than the Champions League, and sometimes you find that qualifying rounds are starting within a few weeks of the previous season ending, so it requires a lot of time and effort to get through all the rounds. Sometimes, you need a little bit of luck along the way. For example, we were pretty close to going out in the last minute of the semi-final against Celta Vigo – they missed a big chance in injury-time – but in the end sometimes you need that little something to go in your favour to take you through.

Coming off the pitch that night, I was excited to be going to the final in Stockholm. Then I found out we would be up against Ajax. Obviously, I knew beforehand that it would be them or Lyon, and I honestly don’t know if I was hoping for it or not because I knew it would be a unique game for me. I always have and always will support Ajax. To be going up against them would be the first and only time that I wasn’t supporting them, so that was strange, knowing that it would be such a special fixture on a personal level. It was the same for my Dad, too. I think he was supporting me instead of Ajax for that one game. I hope so, at least!

I knew some of Ajax’s players from my time at the club and others through the Netherlands national team, but apart from the day after the semi-finals, we didn’t really talk much about the final. We all kept quiet, didn’t talk much about it because nobody wanted to mess things up or jinx it. I had a very clear feeling in my mind: if we lose this final, I can’t go back to Amsterdam. Ever.

For me, that made it even more of a must-win game.

"I had a very clear feeling in my mind: if we lose this final, I can’t go back to Amsterdam. Ever."

That wouldn’t be easy and we knew that, because it was a very talented Ajax team. Everyone was really focused, everyone knew what was at stake: a European trophy and a Champions League spot. For me personally, I was so focused on that game. I really studied Kasper Dolberg, who was really in form at that time. My friends told me that they couldn’t talk to me in the days before the game. They’d try, but they just noticed that I was in the zone and didn’t want to be bothered with anything else besides thinking about Dolberg. I think that was the case for the whole team, thinking about their opponents.

Everyone was so focused on the final. It was the most important game at the end of a long season, because of where we finished in the Premier League we needed to win in Stockholm to make sure we got the Champions League spot. Everyone was very aware of that and the manager, Jose Mourinho, was making everyone ready for it. What I learned under Mourinho is that he was always prepared to create a good result. Tactically we were ready for it.

We had a lot of injuries, but everyone was ready to play. Everyone knew his role. The manager made it pretty clear in his tactics that Ajax always wanted to build up, always wanted to press, so we chose not to build up and instead look for the long ball to Fellaini, who was the target man for us. If you watched Ajax throughout the competition, they’d scored a lot of goals from pressing and winning the ball high up the pitch, and we didn’t give ourselves any trouble with that by just skipping the build-up and playing the direct way. Sometimes you have to adapt and I think it worked well.

To be honest, it’s not my kind of football. I prefer to play my way out from the back and then be on the ball a long time. It’s not the way I was brought up playing at Ajax, but if you win the final then I’m fine with it! If you need to get a result a particular way then I’m up for it. We trained for it, everyone knew what we were going to do, everyone was on the same page.

Then, the night before we flew to Sweden, the Manchester Arena bombing happened.

I lived five minutes from the Arena, so it was pretty close by, pretty intense. If that was the case for me, can you imagine the feeling of my team-mates who grew up in Manchester, who had more bonding with the city? It really hit the squad. In those moments, you feel how much less important football is in that moment, then you see other teams, players from City and other teams outside of Manchester, all coming together and bringing support. There was something among us as players to do something for the city, to bring the people of Manchester joy and give them something to cheer about in such a difficult time.

That kind of disruption can knock you or inspire you, and for sure there were players who had difficulty with it, but we all took it as inspiration. So many of our fans were in the stadium, probably a lot of them knew people who had been at the Arena, so we wanted to go out on the pitch and show them and show the world how much we wanted it and do it for them and give them the joy of winning a European final. That’s the least you could do as a player in that moment.

Especially for the lads from Manchester, it was a special night.

"There was something among us as players to do something for the city, to bring the people of Manchester joy and give them something to cheer about in such a difficult time."

We played so tactically, we never had the feeling Ajax would score against us. Everyone was in the right spot, especially defensively. I was in central defence with Chris Smalling, who I really enjoyed partnering. We’d had a good collaboration the season before, with Louis van Gaal, and we did well in the final. If you look back at the game, you see that we all played such a concentrated and professional game, we didn’t give away any chances. We gave Ajax the feeling that there was only one team who were going to win that night. We made that clear.

The gameplan of looking for Marouane worked. He won virtually every ball, and we had a lot of strength in midfield with Pogba too. I think defensively we were really compact. We’d let them come to a certain phase and then we’d follow our men everywhere. They couldn’t find the footballing solution to break us down, and we tried to make the game more physical than they were used to.

The first goal, I think was a throw-in where we put really good pressure on, won possession and Paul took a shot which was deflected, so maybe there was a little bit of luck there too, but we weren’t going to complain about that. At that time, when we got the first goal in a game, there weren’t many teams who could recover and get back against us. We were really stable whenever we got to 1-0. The second goal was just after half-time, the perfect time and that hurt Ajax. It took their belief that they could do something to turn it around. We scored both goals in the right moments and controlled the game. We played so professionally that we made it look like an easy win, despite it being a European final.

It was a very proud moment for me when the final whistle went. United want to be at the highest level, they belong in the Champions League, but nevertheless if you’re in the Europa League then you want to win it. For me personally, not many players get to win a European final, so I’m really proud that I have. It was the only trophy United hadn’t won before and only a few clubs have all the cups there are, so I’m proud to be a part of that story.

"It was the only trophy United hadn’t won before and only a few clubs have all the cups there are, so I’m proud to be a part of that story."

Now, of course, my story has carried on with Ajax. When I rejoined a year after the Europa League final, it was clear that losing to United had been an important experience for the club. In 2016/17, they put down the base for what would come in the following years. I feel like that run to the Europa League final was like a build up for what happened in the 2018/19 Champions League campaign. So many players who played in that final against United, like Matijs de Ligt, Andre Onana, Frenkie de Jong and others… they were still so young. I spoke to them afterwards and they admitted that they were all a bit nervous. We were the big Manchester United and it’s a different approach in a cup final.

But one of the first things I noticed when I came back here was that in the Champions League, against huge teams like Real Madrid and Juventus, they were scared of no-one, because they’d got that experience and that helped them a lot, both in their individual development and also in the development of the team. In 2016/17, Ajax was so good, but they lacked maybe that last five percent where you are convinced that you can win a final, so the experience had been good for them. The United game was so important for those players. It almost resulted in reaching the Champions League final in 2019. We were so close. Everything came together that season but we went out to Spurs in the last seconds of the semi-final. Nevertheless, this team always plays its own game, believes in its own style and that’s what we’re still doing today in this season’s Europa League.

There aren’t many teams who would like to play against us now. Who knows, maybe we’ll get the chance to see United again this season!