UTD Unscripted: Another kind of victory 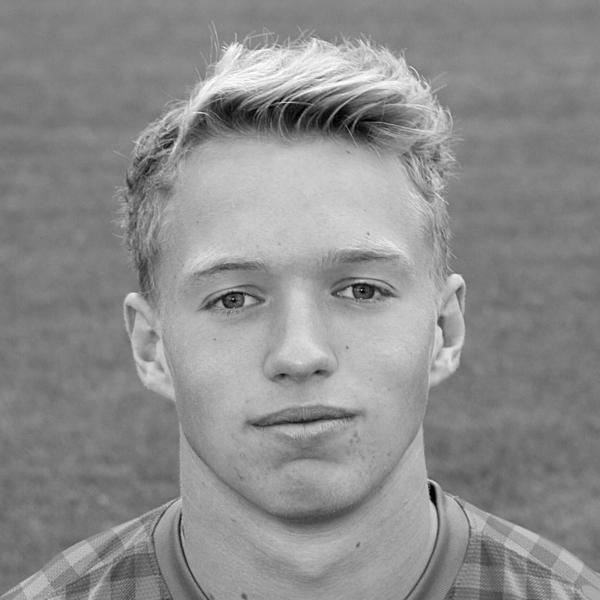 I still remember hearing that I wasn’t going to make it at United.   It came as a bit of a bombshell because I’d done quite well in the previous year – my sixth at the club – and I’d trained with the first team, trained regularly with the Reserves, played some decent games and I was optimistic that I’d get the offer of a couple more years.

So, when I sat down and was told that I was just getting one extra year on my scholarship option, I was taken aback. The coaches were open and honest with me: unless I suddenly sprouted to six feet two inches or more in no time at all, I wasn't going to be a professional goalkeeper at the club.

It was a bitter pill to swallow because it was something that was out of my control. I'd always worked hard and trained well, I'd been in the same England youth squad as Jordan Pickford, Raheem Sterling, John Stones and Eric Dier, but I couldn't suddenly knuckle down and grow three inches overnight.

Going into the next year knowing it would be my last at the club, barring a freakish growth spurt, was tough. I was competing with the other goalkeepers, which included the older guys who were coming down to the Reserves to get games. It wasn't easy to get playing time so I went to Bolton to get some games for their Reserves. That was enjoyable but I was still longing to get back to United, even though the writing was clearly on the wall for me.
Jonny Sutherland says

"The coaches were open and honest with me: unless I suddenly sprouted to six feet two inches or more in no time at all, I wasn't going to be a professional goalkeeper at the club."

In April 2014, when I was 19, the club gave me confirmation early that I wasn’t being offered a pro deal and would need to look elsewhere to play football. Even though I’d had advance warning of what was coming, it wasn’t easy to take. From being a young kid to a young adult, from 12 to 19, United was all I knew. Suddenly I ended up bouncing around a little bit, trying to get some coverage, trying to find a club in the lower leagues, but the phone stopped ringing. Once you get to that lower level, they’re looking at the more physical elements of your game rather than the technical side of things, so once again being just under six feet tall worked against me.

I had a couple of months when I had no idea what I was going to do. If I wasn’t getting snapped up by any of these lower league clubs, having just left United, what was I going to do? Who would have me? What’s next for me?

That’s where United gave me a steer towards the next chapter of my life.

I was struggling, but Marek Szmid and Alan Fettis sat down with me, gave me some advice and went through different options.  “Why don’t you trying going to America on a scholarship?”

I’d always done well in school but I’d never thought of pursuing anything outside of playing football. That had been my goal from day one. But this option: playing football in the US, while studying, was interesting. It would give me another shot at football in the States and I’d have something else to fall back on if that didn’t work out.

If I’m honest, I didn't really want to go to America. I had no idea about college soccer, but the coaches I’d worked with at United convinced me to go out there and give it a try. I had offers from different universities but ended up picking East Tennessee State, where the head coach was an ex-MLS goalkeeper. He had great contacts and sold me on the idea of using it as a platform to get back to the pro game, so I went over in January 2015 to start anew.

In football terms, it was a serious professional environment, putting in 40-50 hours a week of training, film analysis, spending time in the weight room, plus going to college every day as well. The standard of play was decent, not United, obviously, but I found my spot. I played for three years and actually graduated a year early with a media communications degree from the state. During my time at ETSU I was our goalkeeper of the year each year. We competed all over America and in my last year I was named All American goalkeeper which basically means you’re rated in the top two or three keeper in the whole nation. It was also ETSU's first ever all American player so that was a great feeling to have.

After graduating, I was contemplating coming back to Europe. I had some interest from Europe, but then I was contacted by a university in America called Clemson in South Carolina. They're probably the best sporting school in the country, a really elite place. Every weekend they have attendances of 85,000 to watch their American Football team play. These are college kids playing and getting that kind of gate.

"The message I'd try to get across to players in that position now would be that, even if it's just taking an hour out of each day, use that time to learn something new because it opens up new opportunities for you in the long run. There are so many other things you can do with your time to enrich yourselves."

I couldn't turn down the invitation, so I went along and studied for a Master's degree in communication, but football-wise I had a few injury issues, needed surgery, didn't get selected in the MLS draft and at that point I was 23. I had a couple of options in the lower leagues out in the US, but to be honest, by that point the game had started taking its toll on me. I found it hard to square it with myself that I was going to come back and try to make it in the pro game again and probably just be kicked back again.

It was time to start transitioning.

As soon as I finished my Master's, I had two degrees under my belt and I tried out coaching out in America, which I really enjoyed but it didn't fuel my bank account. Last year, an opportunity arose in Florida which allowed me to try my hand at digital marketing. That was my first job outside of a football environment and I had no idea what to expect from it, but I spent 10 or 11 months working down in Tampa and loved that, but the coronavirus situation meant that I recently had to return to the UK.

Before I came back, however, I started up a couple of companies; one is a contract work digital marketing venture which allowed me to continue working with the company in Tampa; the other one stems from this desire I still have to have a presence in football. I realised that a lot of footballers don’t know where to turn once they finish playing, obviously because I experienced it myself. So my other company is called Elite Athlete Transition, which basically assists and consults players looking to see where they should take their next step once they leave behind their playing career. We encourage athletes to network with other to communicate their shared experiences they’ve had.

Going to America was a huge eye-opener when you see the emphasis they place on having an education to fall back on. United do encourage all their players to become as educated as they can, but in England, it’s historically the case that schooling comes second behind your football. When you look at the stats of lads in Academies dropping out of the game, it’s staggering. I read Cameron Stewart’s Unscripted story the other week and that was really inspiring in terms of playing until he was 28, then transitioning into another profession, but what stuck with me was that he spoke about the time he’d wasted figuring out what he wanted to do.

FIND OUR LONG READS
That’s basically why I created the company: so that lads know they can give everything during the time that they’re playing football, safe in the knowledge that they’ve got something else they can fall back on, which gives them the option of being successful in another field altogether. Don’t get me wrong, if you’re going to make it to the absolute pinnacle of the game and be one of the top players in the world, you’re probably going to have to eventually arrive at a time when your education goes on the back seat and your football becomes the priority, but for the vast majority of young lads in the system, that isn’t the case.

I look back on my time as a first or second year at United and I’d work hard around the club, give my all in training and then get home and bash FIFA for five hours. That was time that would have been better spent. The message I’d try to get across to players in that position now would be that, even if it’s just taking an hour a day out of each day, use that time to learn something new because it opens up new opportunities for you in the long run. There are so many other things you can do with your time to enrich yourselves.

Young players should all try their hardest to realise their dreams of making it as professional footballers, but the reality is that it’s very prudent to think about other things as well.

That’s a mindset that I came around to over time, and it’s probably rooted in the conversation I had with Marek and Alan after I’d been told I was leaving United. They didn’t have to do that. I was on my way out of the club and there was no obligation for them to help me at all. Instead, when I was struggling, they gave me a steer down the right path and that’s something I’ll always be grateful for.