Utd Unscripted: In at the deep end for my debut 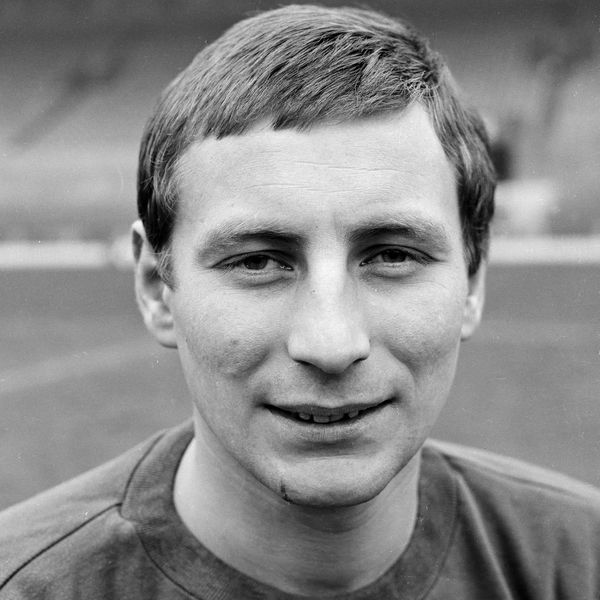 Towards the end of my career, long after I’d left Manchester United, I spent time out in Kuwait.

Now, out there, they have this belief that everything is predestined. My club would send a driver to pick me up. Whoever they sent, they all called me captain, and they all hared around the roads like mad. They’d drive like lunatics.

I’d be shouting at them: “Slow down, we’re going to be killed!”

The response was always calm, always the same.

I’m a great believer in that. So I suppose, in that sense, I was always going to make my United debut in the way that I did.

When I joined the club in July 1956, I’d never seen United play. Hardly knew any of the players. I knew some of the names from television, but that was it. Pretty much the only one I’d seen play was Duncan Edwards, because I used to skip school to watch England games, which were played in the daytime back then because there weren’t any floodlights.

Suddenly I was sharing digs with Duncan and Billy Whelan.

Duncan had such an aura. He was a big, strong chap with this way about him. Tremendous, smashing bloke. Bill too. I was this 15-year-old lad who had just joined the club, but they didn’t look down on me at all, even though they were both international footballers.

So we knew each other, but we didn’t train together. I hadn’t trained with any of the first team because I was so young. I was goalkeeper for the fourth or fifth team at the time. I turned 16 at the start of October 1956 and when I wasn’t training I was working on United’s groundstaff.  I’d tried to work in Trafford Park as an electrical engineer. Your parents always say you need a trade or whatever, but because of my training commitments at United, the club asked me to go on the groundstaff, so I did.

"When I joined the club in July 1956, I’d never seen United play. Hardly knew any of the players. I knew some of the names from television, but that was it."

A few weeks after I’d turned 16, I had a long day working at Old Trafford, preparing and packing all the boots for the team to go and play City in the Charity Shield at Maine Road that evening.

The team usually went to Davyhulme Golf Club for a meal, then on to play the match. Around four o'clock, off they went for their meal. I saw them off, continued my work and finished at five o'clock. Our digs were just down the road from Old Trafford at the time, so I went home. The landlady had got a meal ready for us, so we had that, and the landlord said he wasn’t going to go to the match because it was on television, so he wanted to watch it there. He encouraged me to join him.

I thought to myself… I’m a bit knackered, should I join him?

Eventually I decided to go.

In those days you had to catch two buses to get to Maine Road, so I caught one to Deansgate and then another to the ground. When I got there, I saw someone I knew and managed to blag a ticket to get in. I was stood in the paddock right near the players’ tunnel and I was just looking forward to watching the game.

A few minutes in, United’s goalkeeper, Ray Wood, got injured.

Bear in mind that, in those days, there weren’t any substitutes on the bench.

Matt Busby and Jimmy Murphy had decided that was happening, apparently.

No problem. They threw somebody else’s kit at me, a pair of Colin Webster’s boots and I was hustled onto the pitch without even thinking.

I trotted out towards the United end where Duncan Edwards, my digs mate, had been in goal since Ray’s injury. I’ll never forget the way he greeted me:

So that was that.

The funny thing is, I didn’t actually have much to do in the first half. It was goalless at half-time.

The whistle went, we all went back to the dressing room and I didn’t know where to go. These were all full international players and I just didn’t know what to do, where to go, how to act, so I went into the shower room. Jimmy Murphy followed me in and just kept throwing a ball at me, banging it at me, thumping me in the chest, ensuring I was warmed up but also that I had no time to think about the situation I was in.

"At half time, Jimmy Murphy just kept throwing a ball at me, banging it at me, thumping me in the chest, ensuring I was warmed up but also that I had no time to think about the situation I was in."

Before I knew it, the bell went. Time to go out again. So I trooped out behind all these stars.

In my defence, I don’t think I was actually that fazed at the time. In a football sense, I was immature, but I’d played a lot of rugby. I’d grown up into that environment, I went to quite a tough school, I used to box at school, so the environment was tough. I wasn’t completely overawed.

In the second half, I had quite a good game and made a few saves.

One incident in particular stuck with me. City had a big centre-half named Dave Hewin, big chap – I suppose at that time in my life, they were all big to me! – and he came up for a corner. What opponents used to do was stand on the goalkeeper’s feet at corners. That’s how it was done. Sure enough, Hewin comes and stands on my feet. I’ve got no chance of moving.

Duncan was there marking somebody by the post, so I got his attention.

“Well, smack him in the head!”

“I can’t bloody reach him!”

The ball went across and we survived.

Those are the things that you learn at 16.

Actually, that incident reminds me of something that happened against Real Madrid at Old Trafford a few years later. Again, I’m waiting for a corner to come in, when Luis del Sol, a Spanish international, came over and just grabbed hold of my privates and squeezed! Just like that.

Bang. Side of the head, just under the ear.

I grabbed him by the shirt collar and held him up as the corner came across. I didn't dare let go of him because if I had, they would have seen what happened and the referee would have given a penalty. So I held him up with my left hand, the ball flew across goal and we cleared it. When it had safely gone, I let him drop to the floor and shouted:

Those are the things you pick up during the course of your career. Making my debut, of course, I had no idea of any of this. I was just trying to stop the ball from going in the goal.

I made a few saves, like I say, and then Dennis Viollet scored towards the end and we won 1-0.

When the final whistle went, I was in awe.

Not only had we won and I’d kept a clean sheet, suddenly I was going around the pitch shaking hands with all these stars that were playing for City; players like Don Revie and Bert Trautmann. Then we went up to collect the Shield and I was given a medal. I was a Charity Shield winner.

I didn’t know what to do. It didn’t feel right, so afterwards I said to Ray Wood:

“Oh, I’ve only played a few minutes,” he protested.

In those days, you had to travel in a club blazer, tie, white shirt, slacks and so on. All I had on was an old t-shirt and an anorak. I was scruffy. I was frightened of getting changed back into my own clothes and putting all this old gear on next to all of these smart international footballers. So I just stayed in the corner. The other players were all full of it because they’d just beaten City, won the Charity Shield and so on, and I was there thinking:

I can’t go back on the team bus dressed like this. They’ll not let me on.

There was a dress code in those days and I just didn’t think I’d get on the bus. So I quietly got dressed in the corner and sneaked off. I went across the car park to the bus stop and just waited there for the bus home.

Now, this is gospel truth.

I could hear all these chuffed United fans saying how well the goalkeeper had played.

How well Ray Wood had done.

It turned out, nobody knew I was in goal!

I later found out that on the BBC – you can find it on YouTube somewhere – the commentator Kenneth Wolstenholme even said: “Ray Wood was back to his international form.”

They hadn’t announced at the stadium that United had made a change. The City fans behind the goal recognised what had happened at the time and there was a little bit of banter from them, but as far as most people were concerned, Ray Wood had been in goal all game.

"I was called in to see Matt Busby and, from that day on, I was promoted from the fourth or fifth team straight into the second team. As you can imagine, it didn’t go down too well with the other ‘keepers, but in terms of my own career, I never looked back."

So I’m listening to this at the bus stop, and I just thought:

I’d better not tell them it was me.

At that point, the United team coach came out of the car park and somebody – again – must have spotted me waiting. The coach came to a stop and they just dragged me on!

So suddenly I was sat on there, very sheepishly, and they were all going to celebrate somewhere or other, but of course I was too young, so the team coach took me and dropped me off at my digs!

Bill Whelan and Duncan Edwards both said: “We’ll see you later,” and off they went to celebrate.

I went in and the landlord immediately started talking about the match.

I still couldn’t do it. I couldn’t, for the life of me, say that it was me who had been in goal.

So I went to bed and got out of the way.

A couple of hours later, Duncan and Bill came back. Well, it all let loose then.

I was dragged downstairs and everyone was talking about what had happened.

The following morning at 9 o'clock I was back in work, cleaning everybody’s boots from the game. There were people coming round making a big fuss and I didn’t know what to say or do. I was called in to see Matt Busby and, from that day on, I was promoted from the fourth or fifth team straight into the second team. As you can imagine, it didn’t go down too well with the other ‘keepers that this kid had been promoted, but in terms of my own career, I never looked back.

I suppose it was just my time.