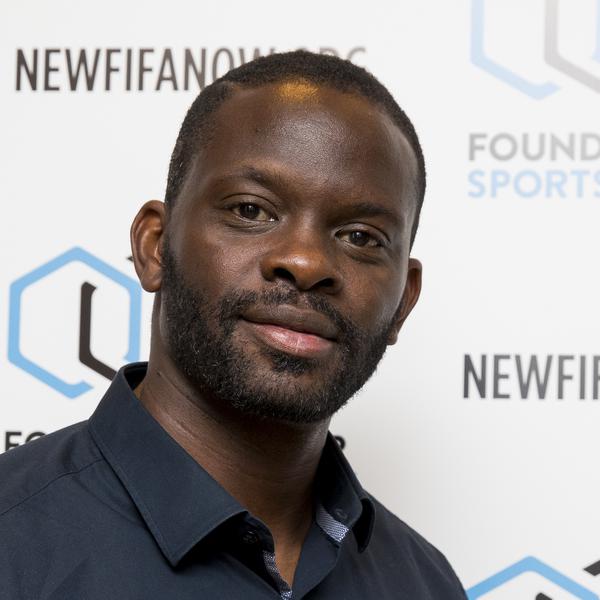 When I look back on my career, and particularly my time at United, there’s a temptation for me to think of it as incomplete. My mind goes to the injuries, the big games and finals I missed, even moments like John O’Shea’s winner at Anfield, when I was so close to scoring that goal before Sheasy did.

Yes, there is a sense of incompletion, but when I see a kid on the street, I know that they would give anything, everything, to pull on the Manchester United shirt just once and step out at Old Trafford. I did it a lot more than that, and when I think of it that way, it makes me so happy.

My move to United took a long time to happen because Fulham didn’t want me to go, but I just knew that once it was all done and finished, everything would naturally be great. My expectation was that I would just have fun taking on all the challenges that I cherish. People talk about pressure, and of course there is a lot of that which comes with playing for United, but I relished that. You knew that every day you would compete with the best, train with the best, so for me it was a guarantee of enjoyment.

"I had scored two, so going into the dressing room after 45 minutes, I definitely didn’t expect the manager to be shouting at me for missing one!"

I arrived and immediately I was embraced by the players and the manager. What they did was amazing. They made my life very easy, so scoring goals became something natural. I had chances coming all the time and it was just natural for me to score. I was able to enjoy every moment. You think about pressure, about taking time to adapt, all those things. I had none of that to worry about. I scored on my debut against Southampton, and the feeling when that free-kick went in was amazing. Then the goals kept coming after that.

In my second game I scored twice at Everton in the first half an hour. Natural, yeah? Well, that was the day when I properly learned about the standards being demanded. I had scored two and missed a good chance for my hat-trick before half-time, so going into the dressing room after 45 minutes, I definitely didn’t expect the manager to be shouting at me for missing one!

Hang on a minute… what??

But afterwards I thought: cherish this, because I needed this to really understand that now I have to step up my game. Those players around me, some of them want my position if I’m starting and they’re all on the bench.

Then there’s the fact that every player in the world wants to play for Manchester United, and I could suddenly feel that level of competition that I really loved. The game when you score two goals but miss a chance, you definitely understand that the manager doesn’t take any stuff like this at all. That is what made this club amazing and made this manager unique.

I joined midway through 2003/04 and in those early months leading up to the European Championship I had massive issues with my Achilles. I got through the first six months, got through the competition and when I came back I managed to go through maybe three or four months and then I did my knee because I was playing while trying to go through that existing injury.

That’s when the nightmare started.

It becomes a cycle. You come back early because you’re eager, you want to get your spot back, you want to have your chance, because you know that if Wayne Rooney and Alan Smith are coming in and scoring goals, you may end up being transferred. So I was always rushing to come back. I felt like I was compensating every time. It was really difficult. Every time I came back I managed to come back quite quickly, then I was out for a few weeks, in and out like that. The only criticism that I had towards me was about me not being there on the field. You can ask anybody who knows injuries, I think it was a unique situation. It doesn’t happen much.

It was a very frustrating time, but at the same time I was very fortunate to be in the club. I had other players like Ole Gunnar was going through the same thing with injuries when he was already a legend of the club. My good mate Quinton Fortune was having issues as well. So I couldn’t complain because I was still part of a time in the club’s history which was amazing. I feel like my story wouldn’t be the same at any other club in the world.

We were in this period of transition as a club. Wazza had come in, Cristiano had come in, I’d come in, other players had come in and were trying to adapt. Carlos Queiroz had arrived, people couldn’t necessarily understand Sir Alex Ferguson’s vision but he had a clear picture of what he wanted to happen.

After the first few games of 2006/07, you could feel that maybe something was going on. Everyone was feeling to their full potential, whether it was defensively, midfield or attacking. We could feel everything clicking. The Premier League is not just a few games, we knew it was a marathon and we knew it was going to be tough, but we started so well. The opening day against Fulham was the perfect start for us. It was 4-0 after 20 minutes and finished 5-1.

The platforms that you build are based on the manager understanding how to actually get certain players instructed to play a certain way, to facilitate the main players. So when I think about Cristiano and Wazza, for example, I knew that I always had to serve them in some way. You have to understand that everybody had a role. Giggsy, Scholesy, Roy, all of their career they were able to figure that out and now it was our time to do it. When I look back, I feel like having players like Phil Neville, John O’Shea, Wes, Quinny… they were very important pieces as well because the way Sir Alex managed them made them understand the actual way of getting massive rewards for everybody’s hard work. Masterpiece man management. We managed to bring our confidence to a level where we felt nobody could touch us.

"I was pretty down with what happened during the week, but the manager gave me his confidence again, he told me I would score… I did. One of my favourite goals, too."

We only made one big signing that summer, Michael Carrick from Tottenham, but he was so important. From whatever age he was at West Ham and Tottenham, when you look back, the player he was even at that age was so clever, so composed, that it was frightening. When you are the striker and you feel like every single thing needed to be neat in order to provide chances, we now have an extra element of security, because of this guy, Scholesy and the others we had. Because we were playing fast, forward football with wingers, sometimes you have a player like Cristiano who doesn’t defend like normal wingers may defend and you have to understand that, so all this adjustment was important and Michael was pivotal to that because he understood how to compensate without making big noise.

There was also another guy back from injury: Ole. It was amazing for him, but not a surprise to me. The guy worked so hard to get his fitness back, plus he had a natural instinct in front of goal – a similar thing you see in Mason Greenwood now – where he could strike from everywhere. I think he had that motion where you knew he was going to strike. Ole had these injuries but you could see then that he was a guy who always remained positive. He doesn’t express doubts. Very humble, but no doubts, so to have someone like him going through injuries at the same time as you was really refreshing. He could complain, he could say this or that, but I never once heard Ole complain about exercise, his situation, anything. He was amazing, so when he got fit again he just did what he did: scored goals.

The same went for me in those early months of the season because I felt great. I felt connected to all the other players, especially Scholesy. Every time I was making a run, three-quarters of the time I was receiving the ball. All those connections with Wazza were amazing; I was coming short, he was going behind defenders, we understood each other really well and there was an understanding with Cristiano and Giggsy on the wings. Sometimes those players are unpredictable and it was just a joy because you always have your brain challenged. It was a joy. When you have big players, big leaders always pushing you forward, you can only reach higher heights, higher levels. I was just really, really enjoying myself.

Of course, there were low moments, like missing a penalty at Celtic in the Champions League, but the support I had within the dressing room and from the manager after that was incredible. Our next game was against Chelsea, the champions, at Old Trafford a few days later. I was pretty down with what happened during the week, but the manager gave me his confidence again, he told me I would score.

I did. One of my favourite goals, too.

"To pick up the Premier League trophy at the end of that season… it’s hard to find the words to describe."

What was most important for me was the celebration, because I felt like my team-mates celebrated with me to show their respect and their support. In those moments... it’s more the team spirit that matters, not the fact that you’ve scored. When you think of the course of a season, you have plenty of them after scoring, but those moments where you feel like you’re being supported by your team-mates and staff, they’re the ones that matter most.

So I felt great mentally and physically in the Chelsea game. We only drew, but we were already top and we just kept on going, kept winning. I was playing and scoring, but what made me most proud was the way we were all playing.  The way the whole team played was very fast, physically challenging, very strong, and as team-mates we were always demanding more from each other.

My knee problems returned in the final quarter of the season and, after February, I only made three more substitute appearances in the rest of the season. That was so devastating – like it was the following season when I missed the Champions League final against Chelsea, which hurt so much – so when I think back to those moments, they are quite strange. Everyone says they must have been great times, but sometimes I still recall – I suppose in some ways selfishly – that they are incomplete.

Then I think of it differently. I think of enjoying those times as if I am a kid because I know how special those moments are for anyone who loves football. To pick up the Premier League trophy at the end of that season… it’s hard to find the words to describe. The best thing I can do is think of what it would mean to those kids in the street to play just once for United. I managed that, won trophies, became a champion. When I think of it that way, I can’t ask for much more, really.

We are all United! Get behind the Reds! On sale now, get the new adidas training kit.