UTD Unscripted: The power of courage 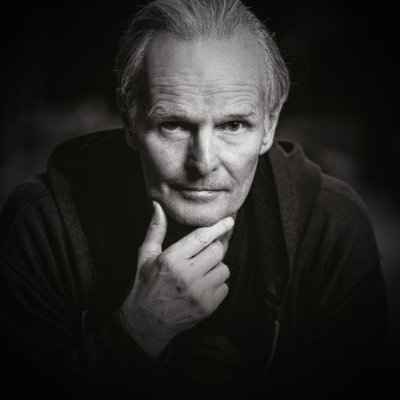 As a coach, rehabilitation is when you really see the person behind the athlete you’re working with.

In more than 40 years of coaching power development, I’ve seen some unbelievable feats of physical and mental power. The greatest of them all have come during periods of rehab.

For instance, I had an unforgettable summer in 2006 where I had both Alan Smith and Wayne Rooney doing daily rehab work in the gym at Carrington. Alan was taking his first steps back from a horribly dislocated ankle and broken leg, while Wayne was overcoming a broken metatarsal in order to be fit for England’s World Cup campaign in Germany.

Every single day, they were in that gym, doing exactly what I asked of them. They were methodical, dedicated and absolutely ferocious in the work they were doing. The same applied to Ole Gunnar Solskjaer, who spent the best part of three years battling his knee injury and a number of setbacks which would have crushed lesser men.

I could list many more. Owen Hargreaves was relentless, Louis Saha too, and it was eye-opening and truly humbling to see the humanity behind these elite athletes as they sought and fought to be able to do their job.

When I look back on the most unbelievable feats and acts of courage and bravery, however, one person stands above the rest. Darren Fletcher, who was one of my best friends at United during my time at the club.
Mick Clegg says

“When I look back on the most unbelievable feats and acts of courage and bravery, one person stands above the rest. Darren Fletcher.”

That wasn’t always the case, though. We had a couple of run-ins when he was a young lad just making his way to the first team. Being firmly aware of the benefits of gym work, my early impressions of Darren were that he needed to spend more time in there. He was tall, skinny, you could even call him gangly, and to me that was going to compromise his talent on the football pitch because he would be easily outmuscled. It didn’t matter how good he was with the ball if he was just going to be constantly levered out of possession, I reasoned. I told him, quite forcibly, on more than one occasion, that he needed to be spending more time in the gym because he wasn’t strong enough to be a top-level footballer.

I won’t forget the day he proved me wrong and taught me a valuable lesson.

Football wasn’t the only sport that took place at Carrington during my time at the club. Basketball was a regular activity, especially among the goalkeepers, and so were table tennis and short tennis. There were also occasional games of hockey, which took place on the caged pitch, and it would be a mixture of players and staff taking part.

I was no hockey player by trade, and I was in my 40s, but I was in good shape at the time. Every time I went through a one-on-one session with a player, I’d do the workout with them, so I was pretty strong, pretty quick and had a good engine. So, on this particular afternoon, I fancied my chances of being able to run rings about this wispy young Scottish lad who was as thin as his hockey stick.

I’m a little fella, so I thought I’d be able to nip in and get the ball from him at will. Not only could I not get anywhere near the ball, I ended up being flung around like a ragdoll. Darren showed me a different kind of strength that day: functional strength. He could use those long arms and that tall frame to ensure that I got nowhere nearer the ball than arm’s length.

He won my respect that day and I had to apologise for not seeing him for who he really was.

During his early years at the club especially, Darren had to deal with a lot of issues like that. He had more than his fair share of injuries to deal with, including a broken leg, and then when he did step up to the first team, he had to deal with a lot of scrutiny from people who were accustomed to watching peak Roy Keane and Paul Scholes in midfield. He came into the senior side at a time when he was being played in different positions and there was a general wondering about what type of player he really was.

Over the years that followed, he showed everyone just how important a player he was. If you look back at all the great battles United had with Arsenal, Chelsea and Liverpool, Darren would more often than not be involved, hassling and harrying and holding his own with the likes of Vieira, Lampard and Gerrard. The lad was absolutely relentless. He was a very good player in his own right, but the biggest challenges brought out even more in him.

Which is why, looking back, it shouldn’t have been a surprise that he was capable of something that a lot of medical professionals deemed impossible.

I left United in 2011 and shortly after my time at the club had ended, it became public knowledge that Darren was battling ulcerative colitis, which is a debilitating bowel disease. Over the next two years, he went through two lengthy career breaks and underwent major surgery; during that period he was informed repeatedly that his playing days were all-but over, and he would be undergoing rehabilitation just to restore his quality of life, not looking to pull on the United shirt again.

Darren wasn’t having that.

“If you look back at all the great battles United had with Arsenal, Chelsea and Liverpool, Darren would more often than not be involved, hassling the likes of Vieira, Lampard and Gerrard. The lad was absolutely relentless.”

He set his sights on getting back out on the pitch. However, whenever he went in at Carrington, he found that everybody was being too nice to him, almost offering him sympathy and pity, but they were no use to him. He didn’t want to be mollycoddled or treated like a special case, so he came back to the miserable little git who had shouted at him years earlier.

With United’s permission, he wanted me to work with him at my gym in Ashton-under-Lyne for a couple of months, so that he was able to get into full training at Carrington and be among the fittest players in the squad.

Now, that was a very, very ambitious goal. To be able to function as an elite athlete is extraordinarily hard, and it doesn’t get any easier when you’re coming up to 30, as Darren was. Throw into the mix major surgery on an incredibly delicate bowel condition, and we’re talking about painstaking, agonising work which would require unwavering patience.

It also needed true courage on his part. Darren knew that rushing anything could mean the end of his career, while I knew that one wrong move could negatively impact the rest of his life, so we both had to be so careful. Every single step of the way demanded complete honesty, communication and trust between the pair of us. We used basic overload training, whereby each day would increase the burden on Darren, but we had to raise those levels in micro amounts, bit by bit.

As an experienced coach, you don’t have a particular day where you think to yourself: he’s going to make it, or he’s made it – you just stick to the plan you made at the start of rehab and you steadily work through each step. I had my own thoughts in advance where I genuinely doubted the realism of Darren’s ambitions, but we still put together and worked through a routine which would prove me wrong.
Mick Clegg says

“I had my own thoughts in advance where I genuinely doubted the realism of Darren’s ambitions, but we still put together and worked through a routine which would prove me wrong.”

Given what he’d been through, everything had to be very, very specific. It seemed important to me that Darren did most of his training stood upright and included movements in all directions. The first step was basic strength exercises to be done slowly, with huge emphasis on balance and activating his core. This entailed deadlifts, upright rows, shoulder presses, squats, lateral raises, bicep curls – all carried out in the ‘get-set’ position – focusing mainly on the stability of the abdomen above all else.

Then he started running and turning in different directions, all in a confined space no bigger than a small five-a-side area, again emphasising core stability and concentration. We then proceeded to add extra exercises in the straight and bent over positions, always building the stability of his foundations, before we added a football into all running movements. Some power-based Olympic lifts were worked in to feed what was happening in his abdomen, before adding in speed reaction work with FitLight technology. Concurrently, we used a small foot-tennis area for skill with balance and reaction, to sharpen Darren’s touch, before putting together a blend of plyometrics with ball control, heading and shooting.

In short, it was a lot of work, meticulously planned out. Every step of the way, Darren believed in himself, believed that he could achieve what was borderline impossible, and watching him go through his routine every single day was truly inspirational. Every time he came into the gym, even though he was a highly decorated footballer, he would still muck in with everybody else and interact with the other athletes. It didn’t matter whether they were footballers, taekwondo fighters or speedway riders; he was a joy to have around the place in those weeks. He’s a tremendous lad, Darren, and he just reinforced that with everyone who crossed his path.
Mick Clegg says

“Every step of the way, Darren believed in himself and believed that he could achieve what was borderline impossible. Watching him go through his routine every single day was truly inspirational.”

At the end of his rehab process, he’d somehow gone even further up in my estimation. He did everything that was asked of him, incrementally, missing no steps and avoiding the huge temptation to rush himself before he was ready. The payoff was that he was able to resume first-team training at Carrington properly and, within long, he was back playing regularly under David Moyes.

Typically, Darren wasn’t satisfied with being a bit-part player so, when he wasn’t getting what he deemed to be enough game time under the next manager, Louis van Gaal, he joined West Brom because he wanted to make the most of his second shot at being a footballer. He most definitely did that, and hardly missed a game over the next few years before retiring.

I’ve seen a lot of adversity during my time as a coach. I’ve seen it chew people up and spit them out. I’ve seen more people succumb to it than overcome it, but when I look back at all the things I’ve seen, nothing comes close to what Darren did. He was so poorly, so ill, and yet he clawed his way back to playing in the Premier League and Champions League.

That tells you everything you need to know about him as a person, and about the power of courage.

More in this series: