UTD Unscripted: The other side of the fence 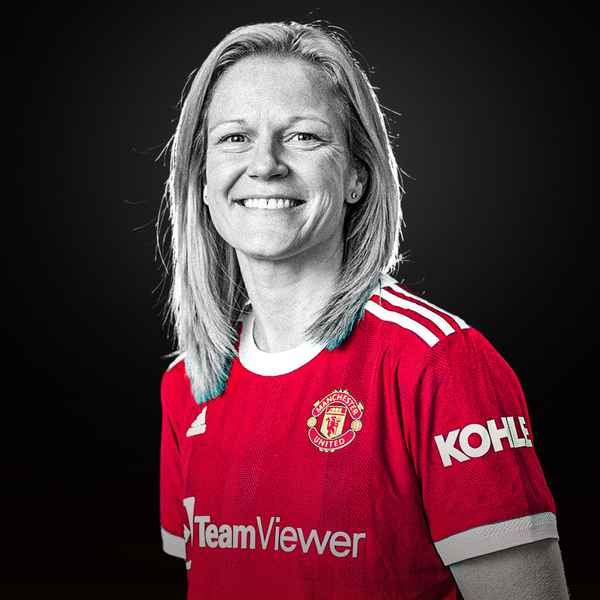 If there’s one thing above everything else that sticks in my mind from being a kid, it’s that feeling of getting an autograph.

I always had a love and passion for football, even from being very young. I was always running around, just loving kicking a ball about. My father was very clear, very early on in my life, about what this meant.

It was in the blood anyway, so it almost went without saying. Everyone in our house, all my cousins, my entire family, we all supported United. There was no getting away from it at all, even if I’d wanted to. So, naturally, Old Trafford was always on my horizon.

We're showcasing two games - both of them against Arsenal - in which the backline excelled for Marc Skinner's Reds.

My first trip over from Ireland was during a family holiday driving through England and my dad made sure we stopped off to pay a visit. It was during the summer months, so there were no games, but we still called in and did the stadium tour. I was around eight at the time and I was absolutely in awe of the place.

We came back when I was 11 for my first match. We played Sunderland and the whole family was there – although my mum got the short straw and had to sit in the Sunderland end because that was the only ticket we could get for her! She maybe didn’t enjoy that day as much as the rest of us, but for me the whole matchday experience was unbelievable to be a part of. I remember coming out into the packed stadium and seeing players on the pitch for the first time; I remember looking around and seeing everyone wearing the United jerseys, waving the United flags, the banners in the stands… I just loved being a part of something I watched on the telly every weekend. Being there in person is a totally different experience.

United won the game and we stayed afterwards – obviously – to see all the players leave. We tried to get a few autographs and I won’t ever forget that feeling of walking away from Old Trafford with few signatures on the ball I’d bought. Looking down and seeing – among some great names – Roy Keane on there…
(Let’s talk about Roy for a minute. I love him. He was my hero. He was such an inspiration for me, growing up. The Irish connection is obvious, but beyond that he was captain of United, which is no easy feat, and he was the leader of such a massive group of great players; he was the one they all looked up to. I maintain that his footballing ability is perhaps underrated – he was a giant in midfield and his performances, consistently, year after year, were just phenomenal.)

So, to have his autograph was an unbelievable feeling. Over the years we’d come over on the ferry for a lot of day trips and we got plenty more signatures. Sir Alex, Wes Brown, Darren Fletcher, Patrice Evra, Louis Saha… more recently I got Juan Mata – what a gent, he’s always the last to stop signing – and my dad even chased after Sir Bobby Charlton one time as he was making his exit. I’ve got quite a good collection now.

Apart from getting those first signatures, there’s something else I vividly remember from my first trip to Old Trafford. I was sat there, looking out onto the pitch and I just told myself…

You’ll be out there one day.

I don’t know how I thought that was possible as an 11-year-old, but it was just some wild dream that I kept with me as I grew up. I’ve been a footballer for a long time now, played for a lot of clubs and then, in January, I got my dream move when United asked me to join.

Caldwell: This squad has high ambitions

Diane gives us an insight into what she’s learned about United Women's mindset over her first few months at the club.

Ideally, you wouldn’t choose to join a new club midway through the season, but was there ever a chance of me saying no? I jumped at the chance to sign, of course. I’d come here any way I possibly could! Sign first, ask questions later. I just had to come and try to settle as soon as possible, get up to speed with where the team is at, what the playing style is, our goals, ambitions and you just try to become a part of things straight away.

When I gave my first interview as a United player, I said that I didn’t have the words to explain the feeling and I still don’t! It’s still surreal. It’s everything that I dreamt of, probably even above and beyond what I expected being a Man United player would be like. It's unreal to look down and see the emblem on your chest when you’re going to work every day, representing this great institution. I’ve taken pride in every club I’ve played for, in every jersey I’ve put on, but I must say that it’s a different feeling when you’re here and you’re putting on the jersey of the club you’ve supported your whole life.

That feeling of making my debut… just wow. Straight into action against Arsenal, a big competitor in the league. In my whole life, I don’t think I was ever so nervous before. Playing for your childhood club is a different feeling and I definitely felt nerves where I wouldn’t have before in my career. I was just so buzzing for it, I really was. So up for it, so excited. You have to be mindful that you channel those feelings properly, though. Playing for your team, you can be overcome with emotion and get carried away, so you have to make sure you keep your head, don’t get caught up in the moment and generally just channel that passion in the right way. For me, that means motivating the people around you, encouraging people around you, pushing everyone else to reach higher levels. That’s something I’ve always tried to bring to any team and it’s the same here.

I think my debut went alright from a personal point of view. Once you get out there, you want to get a touch on the ball, get a nice clean tackle or clearance as a defender, and I was relatively happy with my first appearance and how I showed myself. I’ve had a few games now and I’m absolutely loving it. There’s no better way to settle in than to be thrown into action and that’s what has happened. Now I just want to take the opportunity I’ve got.

See what our new defender had to say after signing for United Women recently.

We’re at a massive point in the season now and, as cliched as it sounds, we are at that stage where we just have to take each game as it comes if we’re to clinch qualification for next season’s Champions League. We have to focus on the three points in every game and see where that takes us at the end of the season. Every game is huge. I have to admit that Sunday’s match with Everton, though, will be a little bit special, being at Old Trafford.

My ambition has always been to get out on that pitch at some stage in my career and it's crazy to even think, let alone write, that I might be playing for United at Old Trafford on Sunday. It’s something I literally dreamt of as a kid. My family are coming over from Ireland to watch and I’m just hoping that I’ll be fit enough to play.

Whether I am or not, and however the game goes, I’ll definitely be outside afterwards signing autographs. It’s something that I always make sure that I do, for club and country – the stewards are normally trying to send me in, saying: “Last one, last one,” but I honestly don’t mind doing it because you can’t replicate that feeling for a kid when they get an autograph.

I know, because I was that kid on the other side of the fence.

Previously in this series: