UTD Unscripted: That goal was a dream 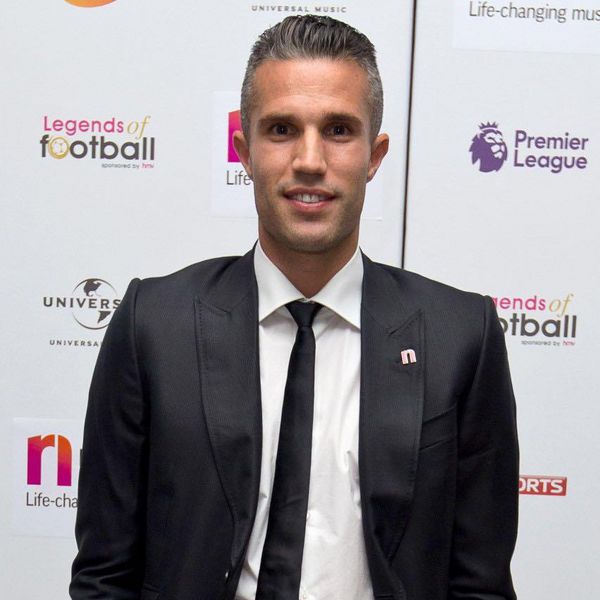 I came to Manchester United to win the Premier League.

When the moment comes, when you know you’ve achieved it, the feeling is very special.

You just close your eyes, raise your arms and feel nothing but pure enjoyment.

It’s been nearly seven years since I moved to Old Trafford, but when I look back I remember that it was amazing from the first day. I came quite late in the transfer window, I think I arrived on the Friday, then on the Monday was the first game against Everton away. It was good, I had a couple of sessions but then obviously it wasn’t ideal to lose my first game.

After that, the following week I had my first home game, against Fulham, when I scored a nice goal. That’s always a very good start, winning your first home game and scoring too. That was so exciting because you never know which way it will go at a new club, and scoring sooner rather than later was great for me.

I think my age was a big part of the reason I settled quickly. I had played for eight years in England already, so I got used to the playing style. For United, it was not a case of getting a young player in. I was used to England and how games were played. Of course, it wasn’t easy because you have to adapt to your new team-mates and so on, but it was easier than the time when I arrived at Arsenal eight years before that. That was a new language to learn, a new country, so that was more difficult.

"Mentally we were so focused through the whole season. Even if we went behind in a game, it was no problem. We were calm. We will come back.”

Coming to United, I came to a team where there were five or six really experienced players there.

In that way it was a plus for me as well because at Arsenal I was one of the oldest players and when you’re a little bit older, certain other things come in your direction as well. I didn’t really have to do much off the pitch to get things right at United because everything was already in place. Older players with loads of experience set the standards already, so basically I could come in, enjoy my sessions and the games and everything was very nicely set up by Sir Alex Ferguson. We had Rene Meulensteen doing the sessions, the older players making sure that on and off the pitch the levels stayed intact, so in that way it was really good for me; I didn’t have to bother with lots of other things.

I just had to enjoy myself, really.

I think I ended up on 26 league goals when that first season had finished, but I have to give great credit to my team-mates for that. It’s always very difficult for players behind the frontline to find the striker because every pass you give them has to be at the right speed, at the right moment, and I had loads of really good passes that season. It was not just me scoring the goals; behind all the goals there were unbelievable passes that made them happen. My team-mates were unbelievable and they were really searching for me, really looking to pass the ball to me, really happy for me to score.

“When I look back on the best moments of my career, that night against Villa ranks very high.”

It is so nice for forward players when you know that a ball can come, you know?

It’s not that every ball needs to arrive at me or anything like that, it’s just the feeling, when you make a run, that you know out of five runs, three balls will find you. Especially when you’ve got team-mates like I had.

For example, remember Giggsy’s assist for me at West Ham in the FA Cup?

We were 2-1 down in injury-time. The ball comes to Giggsy, probably 50 or 60 yards away from me. That’s a long way but, especially when Giggsy has the ball, I know that I can start my run properly. I can really go for it, because there’s a big chance that he will find me.

I had a good first touch, an extra touch, then a goal, and that forced a replay. We didn’t win the Cup, which was a shame, but it was still a special moment. Teamwork makes the dream work, like they say, and especially that season. We came from behind game after game, but still won the league with four games to go, and that tells you the whole story. Mentally we were so focused through the whole season.

Even if we went behind in a game, it was no problem. We were calm. We will come back.

“It’s basically like taking a golf shot. You have to get five or six things exactly right at once: the pass, the movement, the steps, the connection, the direction.”

That was Ferguson’s way of thinking. Maybe the opponents will score against us. That can happen. That’s football. But we just have to go out and keep knocking on that door and score one more, at least. That is the way we saw football. That is the way football should be seen. In games you can accept that sometimes the opponents can score against you. So what? Just go out there, keep knocking on the door and score one more.

That was Ferguson, man.

He was constantly like… “Excite me, make your actions, believe in yourself, help each other out.” The team spirit was so strong in that season.

There were so many special moments along the way, but probably the most special was the night we won the title against Aston Villa. When I look back on the best moments of my career, that night ranks very high.

City had lost to Tottenham the day before, so if we won against Villa then we couldn’t be caught. Like I said earlier, I came to United to win the league. That was our moment to do it. There was a feeling like we were playing a final. In the morning before the game, you could see on everyone’s faces: today is the day it has to happen. Even if we lost, we had four other chances, but we wanted to get it done that night, in front of our own fans. It was set up perfectly.

I scored the first goal after two minutes, a tap-in from another Giggsy pass, so then you just know…

Ok, today’s going to be a good day.

You know what I mean? It’s just that feeling straight away. The first goal is out of the way, then I could just feel it in everyone, we were in complete control. And when you looked at the opponents’ faces, they knew there was nothing there for them to take. Not that day.

“All season, it was a great team effort. You don’t do it yourself, you all do it together and that was a season where everyone played his part.”

Before the game, Wayne and I had a little chat on the pitch, and we talked to each other about him finding me in behind the Villa defence. That’s where you can hurt opponents: in behind. When you’ve got players like Wayne, Carrick, Scholesy – though he didn’t play a lot that season – Shinji, players like that, of that calibre, that level, you know they will find you. Sooner or later, they will find you. That’s just a very good feeling. That’s even more important than getting all the ball; it’s a feeling that from every angle they can find you. Because of that, the belief is always there. Sooner or later they will find me, so you always stay positive, because you know that the moment will come.

So Wayne and I had talked before the game about the pass over the Villa defence. We’d worked on it in training, too. There are a few things that have to come together, though, from the moment Wayne hits the pass.

First, you’re making a run for your space.

Then, when you’ve finally got your space, you have to count your steps, because if my last step is too big or too small then I can’t really connect right.

I have to have a quick look to see roughly where the ball will go.

Then, just before I hit it, I need to have another look because I know already where the goal is.

Of course, the pass has to be right as well.

It’s basically like taking a golf shot, but you’re doing it on the run. You have to get five or six things exactly right at once: the pass, the movement, the steps, the connection, the direction. You need a bit of luck too because if one thing is slightly off, the ball doesn’t go in.

Everything came together in that moment.

You practise these things, you plan them, but when it comes off in a game like that, in the way it did, that’s what you dream of.

For me, that goal was a dream.

Speaking of which, to score a hat-trick on the night you win the Premier League, that’s a dream too! A few minutes later, another good run and ball from Giggsy, who passed it square to me. That time it came off the post as well, but it came inside the post. You just know. When you’re picking your shot, you know you can just hit it because it will end up nice. It’s one of those evenings.

After that it was just a matter of seeing out the game because the third goal went in after half an hour. It was game over, finished. We’re there, we just need to see it out. We did and that’s a quality as well: do not let one goal in so the opponent gets the chance to start believing, just keep the ball, pass it well and then you come back to experience as well because we had so many experienced players who knew how to handle a situation like that. We played it out really well, really solid.

Like all season, it was a great team effort. You don’t do it yourself, you all do it together and that was a season when everyone played his part. The whole squad contributed, not just the players who played the most, because we had players like Chicharito. He wasn’t always starting, but he made a difference when he came on, like earlier in the season when he got the winner at Chelsea.

Players who didn’t play every week, they were very important that season. We did it together and everyone had his role. That’s what I like: that everyone was part of it and everyone had a good feeling. It was just that everything came together. There was good team spirit, lots of humour in the team on a daily basis but when we had to train or play it was very serious, very professional. Everything was exactly the way it should have been.

We’d worked so hard all season, there was no way we were going to let it slip. You’re too close to everything you’ve worked for. So, when the final whistle goes against Villa, you’ve earned that moment.

You just lift up your arms, close your eyes and enjoy the feeling.

Something special happens when United play in black