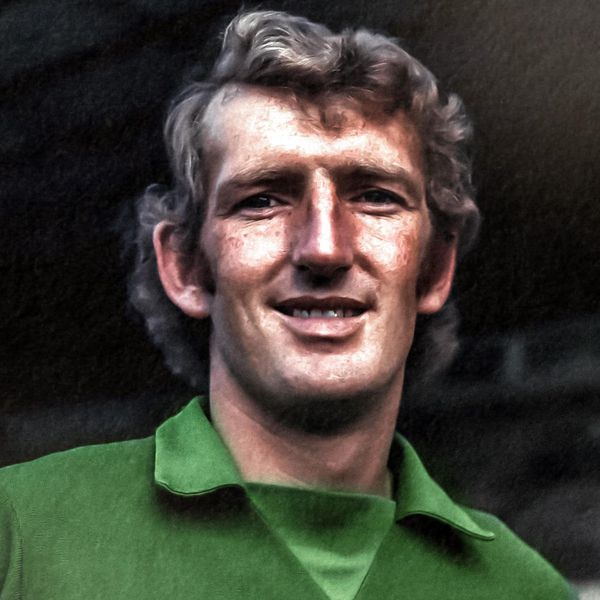 On that balmy May evening at Wembley, with United and Benfica drawing 1-1, Stepney held on to a ferocious shot from Eusebio to ensure the game would go into extra-time. The additional half-hour was illuminated by goals from George Best, Bobby Charlton and Brian Kidd, as the Reds ran out 4-1 winners, but the importance of Stepney’s save was lost on no-one.

Stepney began his career as a trainee at Millwall, before moving to Chelsea for £52,000 in June 1966. After only three months at Stamford Bridge he made the switch to Old Trafford, Sir Matt paying a then world-record fee for a goalkeeper of £55,000.

On his debut against Manchester City, he kept a clean sheet in a 1-0 victory and by the end of the season had won a League Championship medal to cap a wonderful first season. In fact, such was his contribution that Sir Matt Busby described signing him as “the single most important factor behind our championship in 1967.”

The highlight of Stepney's long career came a year later, when he starred in the European Cup final. That save from Eusebio is still judged as important, if not more so, than any of the goals scored by United in the final. For more than a decade Stepney proved a reliable, steady and efficient goalkeeper. He had excellent positional skills and during the club’s ill-fated 1973/74 campaign was even employed as the club penalty taker. ‘Big Al’, as he was known, remains the club’s top-scoring goalkeeper.

In all he won one First Division winners’ medal, an FA Cup in 1977, one Second Division medal, as well as that European Cup. He joined the NASL revolution in 1978 when he signed for Dallas Tornado, and later had spells as coach of Southampton, Exeter City and Manchester City.

United fans and former players have saluted City icon Colin Bell after he passed away on the eve of the derby.

The European Cup-winning goalkeeper told the story behind his move to United from Chelsea, in 1966.

Alex Stepney was famously applauded by the great Eusebio in 1968, but the club hero was too busy playing on to notice...

Some people compare Pele and Maradona to George Best, but Alex Stepney says his friend was the greatest...

Tony Dunne's former team-mates have reacted to the sad news of our long-serving defender's death.

As a tribute to Tony Dunne, here are the highlights from his team's greatest triumph - the 1968 European Cup final...

How United trained in the 1960s Article

Legendary goalkeeper Alex Stepney recalls how the Reds were put through their paces in the swinging sixties.

We beat Real Madrid... and then got criticised! Article

Can you believe it? Fans paid £12 to see Best score in a 1-0 triumph, but the press weren’t impressed. Find out why...

"Harry is a very big figure in United's history" Article

In episode one of 'Legends Tonight', Paddy's old team-mate Alex Stepney tells this emotive tale about 1968...