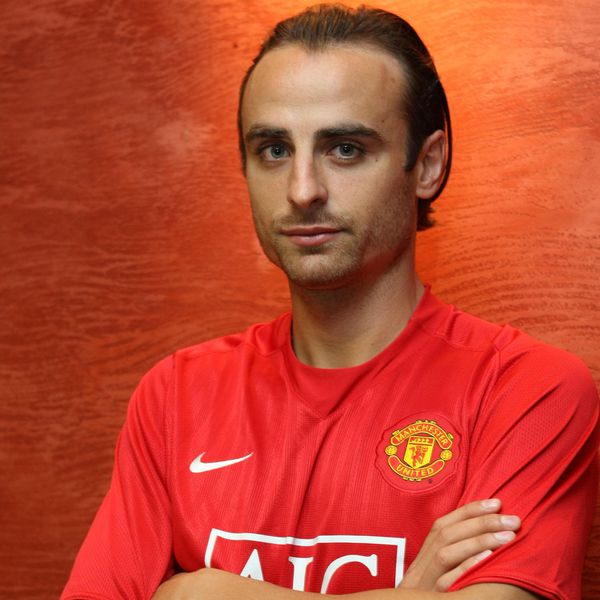 When I was growing up in Bulgaria, I had no knowledge of the rivalry between United and Liverpool.

When I moved to Germany, I was focused only on my development as a player for Leverkusen. When I joined Spurs, I was focused on the rivalry between Spurs and Arsenal, but I have to admit that I made some observations watching the games between United and Liverpool.

You see the tension, the build-up to the game, the newspapers running different stories about the players, you hear about the history of the fixture and you think to yourself:

Okay, that is a serious game.

Then, you think about that for a couple of minutes and just go back to yourself, because you’re thinking about your own club and your own situation. But it’s there. You know now that it’s big.

When you become part of United, now you have no choice. You have to think about that game, that rivalry. Liverpool was the team we were trying to surpass on league titles when I got to Old Trafford. They had 18, we had 17.

Sir Alex was with me when we were finalising the transfer and it was so last minute, so worrying that it was happening so late, that he said:

“Berba, I know it’s stressful, what you’re going through, but, when we finish this, I promise you can have a week’s break so you can get yourself together.”

As soon as I signed, it was:

“Okay, get ready. Next game is Liverpool.”

But that was all fine. As the game got closer, I could feel the excitement, the nerves, the tension. You start to get more and more knowledge about the rivalry and the history between the two clubs. The expectation of winning the game, of performing, it’s important. This is all building up until, on the day of the game, I stepped out on the pitch for the first time… and it was something new.

"When you become part of United, now you have no choice. You have to think about that game, that rivalry. Liverpool was the team we were trying to surpass on league titles when I got to Old Trafford. They had 18, we had 17."

I had been to Anfield with Spurs, but, this time, it was completely different. It’s a different game.

Now you can feel the crowd.

Now the pitch has become even smaller.

The spectators are on top of you.

When you get to be a part of that fixture, for the first two or three seconds, you’re like…

Wait a minute. What is going on here?

But it is what it is. This is what you signed up for. You signed for Manchester United; there’s no place for panic or fear, just try to do what you can do best and play football.

After two minutes, I had the perfect start. I made a good assist for Carlos [Tevez], he finished and put us 1-0 up. When you make a start like that, you’re thinking:

In the end, things didn’t work out the way we wanted. That day, a couple of mistakes on our part meant that we lost the game. Later in the season, when we played them again, we lost 4-1 at Old Trafford.

When you lose, not only against Liverpool, but against anyone, and concede four goals at Old Trafford, you have to wonder what happened. Fernando Torres was on fire for Liverpool at that time. His understanding with Gerrard was great for them, but it was a bad day for us. A very tough result to take.

But, it was all about the end battle. We won the war because we became champions. After results like that, you get yourself up and continue. There are difficult pills to swallow, but you take a conclusion from them and we reacted the best way by winning the title. By the end of my first season, it was 18-18. For me personally, this was what I had been working for my whole life. I had taken my own pathway to the top and United was my peak. Coming from a small country, climbing up the ladder to United, reaching that peak and becoming a champion, you know there and then that nobody can take that away. I earned that honour of playing for United and ending my first season as a champion. I earned that right to jump around my house with my medal like a kid, showing it to everyone.

My second season wasn’t such a happy ending and we lost the title to Chelsea. We also lost at Anfield again. For me, it was three meetings with Liverpool, three defeats since I became a United player.

Turns out, I was saving my goals up!

At the start of 2010/11, they came to Old Trafford. I knew that it was going to be a good day. That whole season, I had a good feeling.

From a striker’s point of view, when you start the game, you get your first touch of the ball. The psychology of a player, especially a striker, is that you get your first touch, and, if it’s a good touch, then you feel confident. If it’s a bad touch, it’s going to be one of those days where nothing is working, so you have to correct that, try to get more touches to make you feel familiar with the ball and get in the game.

If you score, even if you’ve had bad touches before the goal, your confidence is back. You feel you can do anything. Anything. This was a day for me, when I scored that goal, that I had this feeling…

I can shoot from anywhere and I’m gonna score.

Something is gonna happen here.

This is a special day.

Maybe this is the day where finally people will see what beautiful football is, will see how I understand football.

All through the game, I felt totally confident in myself, I felt secure also that we were going to win the game.

The first goal, honestly, was so simple. I’ve said many times that strikers don’t like to defend. We don’t like to mark. Who was marking me? Torres. We’re both strikers. I hated going back to defend corners, especially if I needed to defend against some big defender who was going to jump for the ball and destroy you. I was lucky in that case because Torres was like myself and I knew he didn’t like defending corners or set-pieces. His position was wrong against me, so he made it easier for me to score that goal. I actually did nothing if you watch it back, except for my positioning. Giggsy put the ball where I was, I just held my ground and the ball landed on my head, so my only job was to guide it into the corner of the goal. That was it. One-nil.

Pepe Reina is a top goalkeeper, still going strong today, and, as a striker, it means a lot to score against the top goalkeepers. To score against goalkeepers like van der Sar, Buffon, Neuer, players like this, it gives you pride.
Video
Berbatov's header, three minutes from the interval, gave United the lead over Liverpool.
The second goal, people ask me about it all the time. Basically, it was a momentary situation when you find yourself in a situation where you have to just react and, for me, how you react in those split seconds shows the world how you see football.

When Nani’s cross came in, Wayne Rooney was in front of me and I saw him going for the ball.

I honestly didn’t think he was going to leave it though, so I was caught by surprise. From now on, in that period of a second or two, is when you have to think quickly. If my football was based on a boring way of playing, a secure way of playing, then I would have tried to stop the ball and try to look for someone facing the goal, so he can shoot. But, because my football was based on a more unusual style of playing, always trying to look for the beautiful aspect of the game, trying to do things that kids will try to copy at home, that’s why I think my body and my movement was there. When I positioned myself like this – and maybe this sounds a bit science fiction – it helps you when you’re in these situations because even if you don’t understand it, then your body is reacting for you. Your body does the movements because they’re there, because you’ve done bicycle-kicks before, because you’ve done flicks like this before. That’s why it was possible for me to stop it with my thigh and then go for the bicycle-kick.

That’s how I see football.

Of course, when it results in a goal, perfect 10. Maybe if I do it again another time, it goes into the stands, but, in that moment, everything was perfect. The control of the ball, the bicycle-kick, then the ball hitting the bar and going into the goal for more dramatic effect… I think that’s the answer: I just saw football that way. Not the conventional way. But it needs to have a result in the end, otherwise it is just showmanship. You can do that sometimes at 5-0 or 6-0, but if you’re not, then I don’t see the point.
Video
Dimitar's acrobatic effort strengthened United's advantage, before Liverpool hit back with a quick-fire double to level the scores.
So everything was going great, then suddenly Liverpool scored two set-pieces out of nothing and made it 2-2. For a slight second, because you’re human, you wonder if we’re in trouble here, but then you just brush those thoughts away as soon as possible and focus on scoring the next goal. When you kick the ball from the centre-circle again, the time for negative thinking is over.

You concentrate on scoring the next goal.

When Sheasy floated the ball into the area, as a striker you need to look and move for the space in the box. Even though there were many, many players in the box in that situation, if you know where to stand, where there will be space, how to position yourself… sometimes the ball is going to come for you. That was the case in that moment. As a young striker, many people told me that one second in football can be very important. If you jump one second before him, it’s over, you win. Sheasy put the ball in, I timed my jump one second before Carragher, it was so easy for me to get the ball, get the header, get the goal.

Game over. We win.
Video
With six minutes to go, Berba completed his hat-trick and restored our lead with another towering header.
After that, everything is a blur. You’re running blind. You don’t see anything but colour. Let me tell you, that feeling is f****** unbelievable.

One or two days afterwards, I found out that it was the first hat-trick for United against Liverpool in something like 65 years. I didn’t know that before. It makes me smile because it makes it even more special. A hat-trick, at Old Trafford, against Liverpool, to win the game.

Old Trafford closed as we remember our Queen