UTD Unscripted: The power of the mind 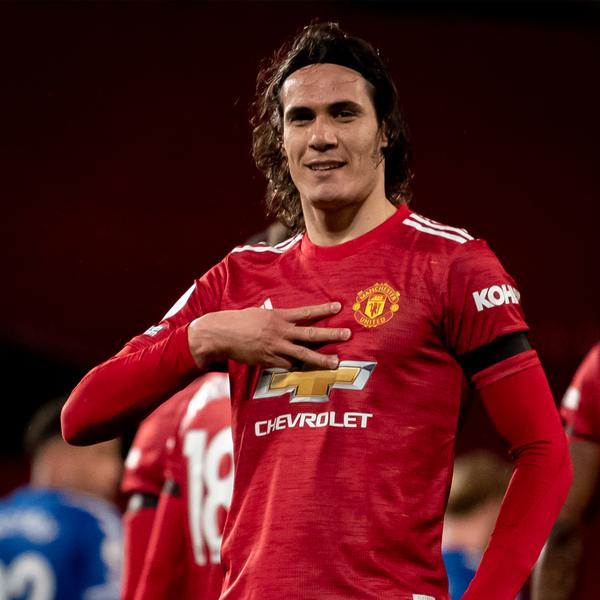 I vividly remember watching from the sidelines as Marcus Rashford prepared to take his penalty against Paris St Germain in the Parc des Princes.

I was on the bench for PSG that night and everybody was just holding their breath while this young guy grabbed the ball and put it on the penalty spot. If it was his job to take them or whether he just picked up the ball and said: “I’m taking it,” ahead of someone else, I couldn’t tell you, as that was part of what goes on internally here. What I do know is that to take a penalty at a moment like that is a real show of bravery and commitment to the cause, which in this case was the team and taking United forward and into the next round. Marcus scored and showed his character to the world.

Those are the kind of moments, particularly as a young player, that you have to use in the future to become stronger and to grow as a player. There’s nothing better than when you can feel the competitive spirit inside you, the desire to perform at your best, and I believe that those big moments, those special occasions, are the ones that leave their mark on you and enable you to grow. It’s a demonstration of character.

Character is huge in life and in football. When I think back to my own youth, I think that one of the things that I did have in my favour was that real passion for running, for working hard and that desire to give absolutely everything.

(Wanting to score goals too, because that was something I loved to do. I think every youngster, every footballer, is excited by scoring goals. It’s the big attraction about the game isn’t it?)
Edinson Cavani says

"Marcus scored and showed his character to the world."

But if I have to say what made me different as a kid, it was that ambition that I had to always give one hundred per cent, always do my best, to always be on the field and playing at all times. Wanting to win, wanting to compete. I believe that these were some of the things that drove me on to keep growing and improving bit by bit, growing more mature and gradually becoming more and more of a footballer.

Time moves on, of course, and now I’m part of the same team as Marcus and a lot of other very talented guys. Now I get to experience the club at closer quarters, and to share a dressing room with these players, these forwards and these young players. I love it and I’m excited by it. As someone who is a bit older, there are things that you notice that maybe they, as younger players don’t quite see yet. Just normal everyday football things. I’m here to give the best I can give of myself and to occasionally offer my opinion on things.

Honestly speaking, I don’t really like to just give out advice. I prefer to support and be there to help. I like to give my best. If someone would like to take something on board as an example, something that I’ve done, then yes, by all means. I don’t like it when people try to impose things on me or tell me what I have to do. That’s just how I am in everyday life too. I’m the same with my children and my family. I’m here to accompany them as they grow up. I’m there for them when they make a mistake and when they do well. I try to always pass on the right values to my kids.

I feel the same way about football.

I’m here to do my absolute best and to accompany and support this team. I’m here to leave everything I have out on the field - not just in a game, but in training too.

Then, if a young player comes up and asks me something, or a youngster sees things during a training session that they’d like to incorporate into their game, I’m always here to help. I believe that you can always learn stuff, and from a variety of footballers. It doesn’t just have to be from another striker. You can learn about the mindset of players in different positions too. It could be from a goalkeeper or a coach. You can always take the best bits from someone and see if they really work for you. I’ll never impose advice on people and tell them: “You’ve got to be doing this, and you should be doing that…” Of course not. I’ll be there to offer support and I’ll do my best with it. If they want to take it on board and take it as an example, I’d be happy.

I know that I’m one of the older players and some of these guys are much nearer the start of their careers, and I’d be happy to leave them with something where one day they might say “Edi was like that, and he did this, and I liked it and I tried to copy one or two things.” That would be great. Leaving something positive behind is always important.

I’m not looking too far forward, though, because I want to win things together with these lads while I’m still playing. These lads are already great footballers, now we all want to have success together. There are other very good players at the club with a lot of experience too, guys who have won titles and have experienced big moments like that. They have benefited from sharing dressing rooms with great footballers and with great squads and teams, so there is a lot of knowledge that has built up among these players. I believe that this group knows perfectly well what winning titles is all about.

"If a young player comes up and asks me something, or a youngster sees things during a training session that they’d like to incorporate into their game, I’m always here to help."

For sure, you always get times when sides are rebuilt and strengthened for the future as you start to see a new generation of young players coming through. Then work begins on building a new squad and team, and on the basis of this you are able to grow and improve. That’s where we are at the moment: growing and improving all the time. Achieving that improvement depends on just how much they want to have success, and how much desire they have, and how hard they work to achieve their success. In turn, that depends on what’s in your head and on what each individual truly wants. They can keep improving even more, and I hope they continue to grow as players, all the time keeping in mind that team ethic, of doing things for the group.

I think that your winning mentality always comes from the work you put in on a day-to-day basis. Wanting to surpass yourself every day, wanting to prepare yourself to face up to difficult situations and when things get tough. I think that these are things that you can work on. Even though each individual’s personality, to a greater or lesser extent, can enter into it too, I think it is something that you can work on, and which depends on your individual mental ability to face up to certain things. There are so many good footballers here who are young and who have the time to keep on improving and growing as players. But that will now depend on if we are aware and confident that we can go on to achieve and win things. I think that’s the way to achieve those targets. But knowing also that we are all dependent upon each other and that we need everything from everybody. I believe that is the way to always maintain a competitive mentality. Things in turn might go well or they might go badly, but what you must never give up is that desire to compete and to give everything for your team-mate and for the team. This then allows you to keep your concentration and to be fully focused and disciplined on the field.

So, I would ask how close we are to achieving success. And I’d say that we’re as close as we want to be.

"I think that your winning mentality always comes from the work you put in on a day-to-day basis. Wanting to surpass yourself every day, wanting to prepare yourself to face up to difficult situations and when things get tough."

We can decide exactly what our target is and what is within our reach. And that can be what drives us on to achieve it. If we have 80 per cent of the group who maybe aren’t committed in the sense that they’re not absolutely convinced that we can win trophies then it’s going to be much more difficult, almost impossible. But if we’re all convinced that we can achieve what we want to with the right amount of concentration and the determination that we need to have, we can do it. That’s why I say it depends on us. It depends on how much we want to succeed.

We have a strong squad here with depth in a lot of areas: a lot of talent in attack, midfield and defence. We have top full-backs with genuine skill and ability who work hard and give everything for the side, and the way the team plays enables them to bomb forward and contribute in attack. I believe that as footballers, we have many things that we can improve and every one of us has areas of our game we can work on. We pass the ball around very well and our movement and dynamic playing style allows this to happen. It doesn’t give the opponents time to get back into position, and that’s why we can find those spaces out wide. We need to take the good things that we’ve produced so far this season as examples, and just keep on doing them and perfecting them in preparation for everything that’s ahead of us from now until the end of the season.

From my experience, you will always taste that special flavour when your achievements come about through hard graft, working tirelessly for the side and for your team-mates. I don’t think you can put a price on that. It’s the most gratifying thing that can happen to you in any team sport.

The way to make sure you taste it? Well, the secret to that is all in your mind.