UTD Unscripted: In the firing line 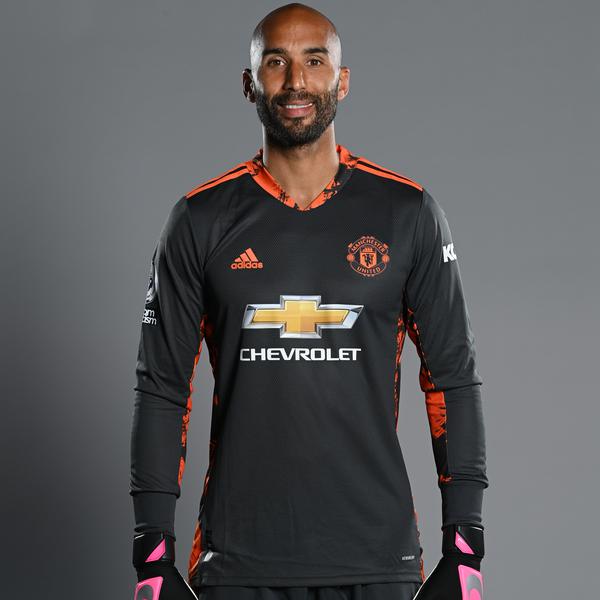 As a goalkeeper, your hands harden because they’re under a constant barrage every day.

It’s funny when you come back for pre-season and your hands have softened after you’ve had a few weeks doing nothing and all of a sudden you’re back into that repetitive boom, boom, boom against your hands. The way these guys hit the balls now, the first two or three weeks of training are really tough. You get some soreness and feel like your hands are bruised, almost. After that you almost get numb to it, and then your difficulties are reduced to the weather like we’ve got at the moment, where you can’t feel them at all.

That’s par for the course, really. Our job as goalkeepers is to get hit with things and you do have to be of a certain frame of mind to want to do that for a living. I’m now working with one the best groups of players I’ve ever worked with - these are real, cream of the crop players here – and you do have to be of a certain mindset to throw your body parts in the way of their shots every day. If I’m honest, I actually enjoy the fact that I’m still able to do that. The older I’ve got the more – as weird as it sounds – I’ve learned to value the opportunity to be out there and be in the way of things, getting hit with stuff. It’s not going to be like that forever, there will be a time when I miss that ball slapping me in the face, and I’m very aware of that, so I try to value it as much as possible. Although it’s not fun to get hit in the nether regions, I do try to remind myself in the moment that I should enjoy being in a position to end up in that situation.

We’ve got two players in particular at the moment who are standouts for how hard they hit the ball – one in particular annoys me because in the last six months he’s been hitting the ball even harder than he was previously. Scott McTominay is leathering his shots in training. We did a session this week with Scott, Bruno and Luke and the three of them were working around the edge of the box. Some of the shots they were hitting… Bruno’s doing all sorts, Luke’s hitting it unbelievably across me, Scott was hitting with some real power. Him and Marcus, I’d say, are probably the two that, for sheer out and out power and pace, are right up there. It’s almost like the pair of them are trying to kill the ball.

"Our job as goalkeepers is to get hit with things and you do have to be of a certain frame of mind to want to do that for a living."

Marcus, we’ll be doing a little shooting session, the ball will be dropping maybe 10 yards out if somebody’s mishit a through-ball, so you’re thinking: Perhaps he’ll take his foot off the pedal a little bit and try to place it, it’s an unchallenged shooting drill, but there’s absolutely no remorse for us in goal whatsoever. Marcus is head down, he’s gonna hit it as hard as I can, almost like he’s trying to put you in the net with the ball. Scott’s mentality seems to have switched to: I’m gonna kill this ball, I want to explode this ball if I can. The secondary aspect of that is that the ball ends up flying in the back of the net a lot more. Long may it continue, this scoring run he’s on, even if it can be frustrating for us goalkeepers!

We’ve got some real attacking talent in the squad and it really is a pleasure to test myself against them every day. They become little battles, and I’ve got a nice running one with Anthony Martial. There’s something so cheeky about Antho. He’s one who loves to score more than anybody, but if he can score in such a way that it’s going to make you feel terrible, make you go home in a really bad mood, he would much rather score that way than take the easier option. I do love that about him in training because he’s always looking for that way to humiliate us goalkeepers with an extra touch or a little dink over your shoulder. When you come flying out, he’ll put it through your legs or round the corner. That’s Antho. You’ve always got to be on your guard. I enjoy every save I make here because I’ve got a shrinking window in which to make them, but if he’s scored a couple of cheeky ones in a session and I save one, then it feels extra special!

It’s well documented that Mason’s able to finish off both feet and, the first few times I trained with him, it was genuinely impossible to decipher whether he was left or right footed. I’ve never really come across anybody so gifted in that aspect – although gifted is actually the wrong word because he’s clearly worked incredibly hard at it to have reached that level. It’s wonderful to watch, though not so wonderful if you’re chasing one into the far corner. He also has the ability, as we’ve seen countless times at Old Trafford, to shoot through defenders and back through people’s legs, and anybody who’s played in goal knows that those shots that come back on you are a nightmare. That’s a top, top skill to have, one that Mason’s developed and one that hopefully he’ll continue to develop as well.

Marcus is a very different striker to those two. He’s the same in terms of the athleticism and the dynamism he’s got, but Marcus can do some really interesting things with the football. He seems to be able to move the ball like no other, and it’s certainly no fluke because it’s clearly something he’s worked on, hitting the ball in such a way that it moves so unpredictably. Those are the ones that catch you out and do your fingers or wrists or thumbs. Anyone that’s seen Marcus warm up at Old Trafford will have seen him practicing his shooting, at times doing it 10 yards further out than everyone else, and hitting the target from 30 yards when everyone else is at 20 yards. That’s no fluke. With the FA Cup ball and Europa League ball in particular being as they are – these balls aren’t built for goalkeepers, they’re built to fly – and he’s managed to work a way of manipulating that ball incredibly.

Those three continue to frustrate the life out of us goalkeepers, but now they’re also learning from a master craftsman.

Edinson is somebody who I’ve always loved to watch, long before he came to United. He was always my number one target on Championship Manager back when I had the time (days which are behind me now with four children) and he is a real pleasure to play with. As much as it pains me to say as a goalkeeper, it’s a real pleasure to watch him ply his trade. He has a way with his movement and his first touch of setting things up in such a way that he’s almost guaranteed a goal as an end product because of the position he’s taken up, the run he’s made, the touch he’s given himself. He always gives himself a really high percentage chance to score at the end of that. Some of his finishes as a result of training can look so natural, but it’s all down to preparation. He has this uncanny knack of repeating, repeating, repeating, and that’s a real skill in itself, the dedication he has to finish with such care and attention to detail. I think certainly our younger lads are all benefiting from being around somebody who is so meticulous about his work.

"I do already see Edinson’s teachings manifesting themselves in the young lads. They’re not necessarily things that are going to come out in terms of his movement being mimicked, it’s more about mentality."

I said in an interview recently that the young strikers here should be following Edi around with a notepad. They really should. Edi is somebody who you would love to put in a mould and recreate him. If I was a manager, I would love to have lots and lots of Edinson Cavanis because you certainly know that everything away from the field is done in a correct manner. Everything that’s done leading up to getting on the field is done in such a way that he’s completely prepared. His preparation is faultless. I know that because I’m in the gym an awful lot and he’s always, always in there as well. I really value that in a player and if you look at how he applies himself in training and look at how much he cares about practicing his movements, recreating the steps that he knows he’s going to perform in a game, it’s incredible to watch. He’s not practicing for the sake of it; he purposely practices movements that he knows will be relevant to the next game. He doesn’t spend an hour practicing finishes from 35 yards because he‘s not going to do it in the game; he practices the kind of touches and finishing that he knows he’ll need in the game. He wants crosses coming in. He says: right this is the way we’ll be playing on Saturday, can I have 25 shots from here, from this angle. That, for me, is an attention to detail that if I was a young player, is the type of things I’d ensure that I was studying.

I do already see Edinson’s teachings manifesting themselves in the young lads. They’re not necessarily things that are going to come out in terms of his movement being mimicked, it’s more about mentality. It really comes down to that attention to detail, mental approach and that’s something that every player who gets older and more experienced learns. He’s obviously done that at a very high level throughout his career, otherwise he wouldn’t have had the career he’s had. Those are the aspects that I see as really important and that our young lads are already benefiting from hugely because he’s showing how to behave.

"He [Rashford] seems to be able to move the ball like no other, and it’s certainly no fluke because it’s clearly something he’s worked on, hitting the ball in such a way that it moves so unpredictably."

Of course, the gaffer is a very good example for any striker, too. When I sit and think about it, as a lifelong United fan, it can be a bit bizarre to be working with such a legend of the club, but I’ve worked with him long enough now for there to be a disconnect between watching him play and playing for him. There is the occasional reminder. We’ve not actually seen too much of him in finishing practice this season, but last year we saw a bit and he’s very much still got the knack in front of goal.

I see the manager directly affecting the young strikers’ games because he can work closely with them in a really unique way, since he understands that position inside and out. That’s his world and on a daily basis, with all our strikers, he has conversations sharing his tips and ideas about goalscoring. That’s ongoing and it’s his natural tendency to always want to give that information because he has an abundance of knowledge in that area.

The young lads are constantly learning, both on the job and in picking up priceless lessons from the gaffer and Edi, which can only be good news for us all – even if it’s bad news for my hands!

What’s happening at United this week?