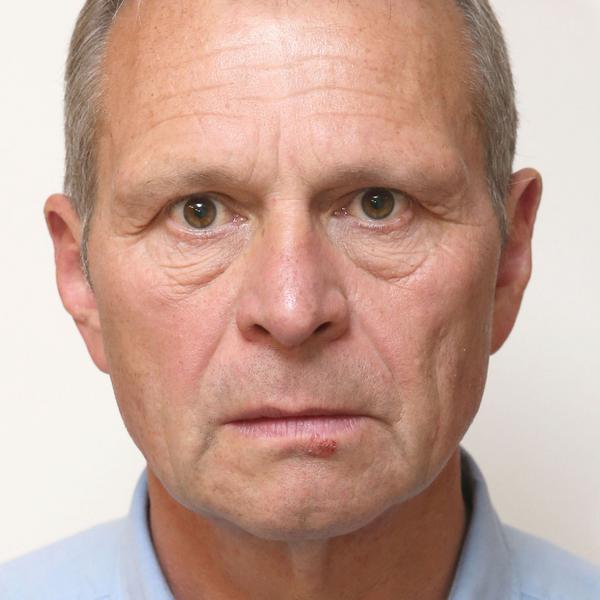 Believe me, I found myself in that position a number of times down the years. I’ve been at United for just over 30 years now as a photographer, but for a few years during that time – probably the best part of a decade – I also had the most unenviable added duty: one that led to anxiety and panic, not to mention verbal abuse and physical danger.

I had to run the players vs staff quizzes.

I couldn’t put an exact year on when it started, but it was after Eric Cantona and Gary Pallister had left, so I’d put it at around 1998 when the gaffer came up to me on a European trip and said, out of the blue: “Peters, are you going to do us a quiz tonight?”

So that was that. The role was mine. I was club photographer and, apparently, now club quiz master. Alex was the captain of one team, Roy was captain of the other team. The first one was well received by both parties because it was good way to spend a bit of time. On European trips the players trained, had a bit to eat and it was still only 8pm, so there was a nice gap in their schedule.

Today, players can go off and play on their consoles. Back then they played cards, half the time the manager would be involved in them, so a quiz was a welcome addition to the itinerary.

Video
Watch what happened when the players and staff competed before a big Champions League match in 2002.
I travelled all over the world with the team. I was in the hotels with them and it would tend to be the case that we’d always have a quiz to pass the time. Wherever we were, they’d have a good day’s training, come back to the hotel for their dinner and then we’d have a quiz for up to an hour. They’d have up to a minute to answer a question, which I’d time, and then if the team being asked got it wrong, the other team would have 30 seconds to answer.

It’s just a quiz, isn’t it? Just a bit of fun, right? No chance. It made me so nervous at the time, it really wasn’t enjoyable. You’ve got Alex on one side, Roy on the other and you couldn’t have two more competitive people in everything. Once you got into it, it was fine and the banter afterwards was great. Denis Irwin, for example, still mentions them to me when I see him these days. It was a serious business though, at the time. It got to the stage when I was in Waterstones every week buying new quiz books. Honestly, I’ve still got stacks of them in my garage. I would spend hour after hour poring through these books, trying to find the right types of questions because I knew that some would be impossible for everybody.

That was one of the biggest controversies, finding the right questions. It’s a tricky balance, finding ones that everybody has a chance of knowing, rather than just settling on harder ones. That would have suited the manager’s team because, much to the players’ annoyance, they had the then-club doctor, Mike Stone, who is very clever. The gaffer’s obviously no fool either, he’s a clever guy.

There were some sharp ones on the players’ side too. Roy, of course. Gary Neville is bright too. Phil Neville was really into them as well and so was Nicky Butt. The Class of ’92 loved the quizzes, apart from Scholesy, who was mainly there to heckle and give you stick with his dry sense of humour.
From day one, Alex was very clear: I could not ask any questions on soaps or cricket, because cricket wasn’t a sport in his eyes. He never watched them so there were no questions allowed on soaps or cricket. I suppose enough time has passed now for me to admit that I did try to help the players. Scholesy and I had a little bit of a thing where basically I’d give him little signals if I could. Tony Coton used to watch me like a hawk and he’d say: “You’re at it, John.” I felt like the players needed a little bit of help so, where I could, I’d try to give them a steer.

I’ll be in trouble with the gaffer now. The phone will be going if he reads this! But then he got to me early on by telling me what topics were off limits. The players might have known more about soaps and there was a couple of cricketers among them too, so I don’t feel too guilty about it all.

I would sometimes search up questions that were aimed to help the players. I remember one in pre-season just after we’d signed Alan Smith, who was famously from Leeds, one of the questions I loaded was: “Which river runs through Leeds?” I thought it was a tap-in, but he didn’t have a clue! He’d lived in Leeds his whole life and didn’t know that the River Aire ran through it. Along the same lines, Gary Neville was known to spend a lot of time in Malta, so when I asked the players what the Maltese currency was, everyone turned to him expecting an answer. Maybe he just went blank in the moment, but he didn’t know. He was slaughtered by the players and by Alex as well – in a friendly way, I should say – because nobody could believe it.

I did this on my own for years until my son, Matthew, joined the photography team and I soon roped him into quiz duties too. For his sins, he had to stand up with the flip chart and keep score while I asked the questions. That meant the players had another target, and I don’t just mean verbally. Towards the end of some quizzes, when it became apparent that one team was going to win easily, I’ve had things come flying at me. I’ve had tomatoes thrown at me. Bread rolls. Even cutlery!
John Peters says

"From day one, Alex was very clear: I could not ask any questions on soaps or cricket, because cricket wasn’t a sport in his eyes. He never watched them so there were no questions allowed on soaps or cricket. I suppose enough time has passed now for me to admit that I did try to help the players."

It could get very, very heated at times. I heard a clip came out the other week which showed Roy getting annoyed during one quiz because he thought the questions had been changed to suit the staff. It would often get heated. If the players lost then they’d get up and walk out together while the manager’s team would be up dancing a jig, rubbing it in. It was the same vice-versa too.

It could impact on my work too. If the manager’s team had won, I’d go to photograph the players doing something the next day and be told where to go. Not aggressively, but I’d be jokingly told where to go by certain players who shall remain nameless.

One year we went on a winter break to Jerez in Spain, I think we were there for seven nights and I had to do a quiz every single night. I’d photograph training, have some lunch and then spend the whole afternoon in my room putting the quiz together. We’d do that, the players would go to bed, I’d sit around with the coaching staff, have a few beers, get a bit of stick and just have good fun. They were great times.

I’d say the manager’s team won more than the players’ team overall. When I see the gaffer these days, sometimes the quizzes will come up in conversation. When they do, he always goes back to the same incident. There was a question to Alex’s team about a famous painting. I believe it was: “Which artist painted the famous portrait ‘Starry Night’?” Alex and his team conferred, they gave me the wrong answer and I sent it over to the players. Alex sat back in his chair, quite confident that they wouldn’t know it because it was quite a high-brow question.
John Peters says

"It could get very, very heated at times. I heard a clip came out the other week which showed Roy getting annoyed during one quiz because he thought the questions had been changed to suit the staff."

The gaffer jumped up out of his seat. It was a complete guess by Nicky. The name popped into his head and came out of his mouth.

Alex shouted: “How the hell did you know that??”

Quick as a flash, Butty just went: “I’ve got one.”

He was so quick, so brazen. Everyone fell about and, like I said, the gaffer still mentions it. It really tickled him.

Times change, of course, and the quizzes gradually died off as the squad became more cosmopolitan, with more language barriers coming into play. A lot of my questions were based around the UK, so it was just too big an undertaking to come up with something that was suited to the entire squad and staff. The travelling parties have also grown in size, so logistics became a big consideration too.

I cannot imagine how three decades have passed and I’ve loved doing my job at United. When I look back at the little added duty that was handed to me, it’s incredible. These quizzes took place all over the world – not just Europe but Brazil, Australia, America – and they were great times, having a laugh with so many winners and characters.

Which Red would run through brick walls?