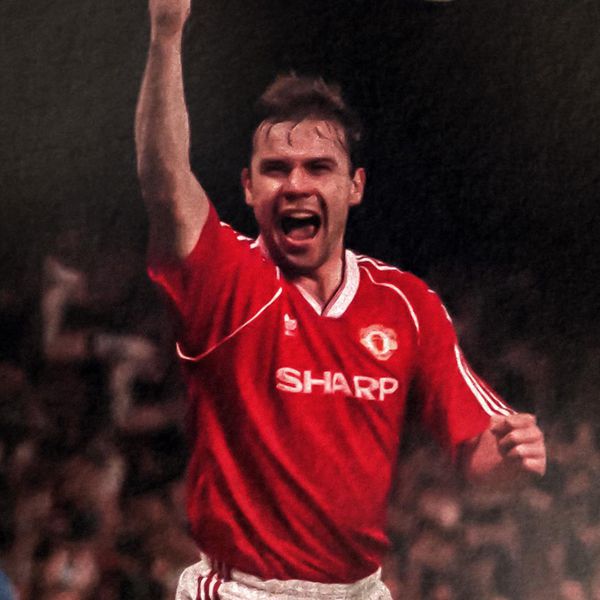 Brian McClair booked his place in the annals of Old Trafford history when he became the first player since George Best to score 20 league goals for the Reds.

Numerous strikers had strived but failed to achieve the feat in the intervening 20 years - a plausible explanation, no doubt, for United's failure to win the title in that period. If only the formula were so straightforward - McClair might have scored 24 goals in his debut season but still the league was out of reach. For 1987/88 was also the season when Liverpool went on the rampage, finishing nine points ahead of United.

Like his '70s and '80s predecessors, McClair had to settle for success in the cup competitions as the quest for the Holy Grail, the elusive league title, continued. As the spearhead in a thriving partnership with Mark Hughes, he more than played his part as the Reds won four trophies between 1990 and 1992.

The honour of scoring the winning goal in the 1990 FA Cup Final may have gone to the left-back Lee Martin but in the three previous rounds against Oldham (semi-final replay), Sheffield United and Newcastle, McClair was there, on the scoresheet. It was a similar story in the European Cup Winners' Cup in 1990/91 - McClair scored against every team that United faced until the final, when Hughes netted a match-winning brace against Barcelona.

Cup Final winners would not elude McClair for long, however. He was the only man on target when United won the European Super Cup against Red Star Belgrade in 1991 and the League Cup at Nottingham Forest's expense in 1992. These honours extended his already impressive CV - with previous club Celtic, he won the Scottish Cup in 1985 and the Championship in 1986. He was Scotland's Player of the Year in 1987.

The prolific striker became a bustling midfield player following Eric Cantona's arrival. One of the greatest goals from the mid-1990s - Eric's audacious chip against Sunderland at Old Trafford - was created by McClair's energetic run and measured pass.

McClair achieved his league title ambition with United in 1993 and won the club's first Double in 1994 when, as a substitute, he scored the last goal in the FA Cup Final win over Chelsea. Prior to leaving in 1998, McClair won another Double in 1996 and another title in 1997, albeit with a decreasing number of appearances. After cutting his coaching teeth at Motherwell and then Blackburn, McClair returned to United in 2001 for the start of a successful career in the backroom staff.

We recall Reds legends who've delivered on 26 December down the years.

It's 60 years since United first played in a competition we have won on five occasions.

We've formed a top starting XI from United history, based on the massive number of responses across social media.

On this day, Brian McClair combined with Ryan Giggs to score United's winning goal in the 1992 League Cup final...

Did you miss our Saturday-night live stream? No problem, you can see the game here, on demand…

The Manchester derby is our 100th in the competition to be played at the Reds' home.