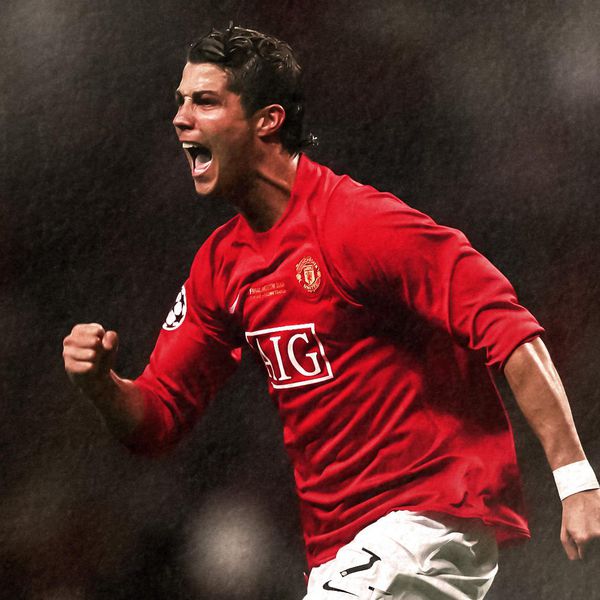 Cristiano Ronaldo exhausted all superlatives during his six years with United, while he matured from an inexperienced, young winger in 2003 into officially the best footballer on the planet in 2009.

On the day he departed for Real Madrid in a deal worth £80m - making him the world's most expensive player - his former manager Sir Alex Ferguson said, "Cristiano has been a marvellous player for Manchester United. His contribution has been a major factor in the club’s success in that time and his talent, his ability to entertain and his infectious personality have enthralled fans the world over."

The story goes that Sir Alex was persuaded to buy Ronaldo - largely unknown when he signed as an 18-year-old for £12.24m in 2003 - by his players on the plane home from a pre-season friendly against Sporting. In truth, the boss had long been aware of his ability. The urgency stemmed from other clubs’ increasing interest. This was a target Sir Alex simply could miss out on.

Ronaldo wasted little time in showing off his sublime skills with a stunning 30-minute debut against Bolton at OT in August 2003. There was a buzz of excitement as soon as he stepped off the bench and, after 39 appearances and eight goals that season – including the opener in the 3-0 FA Cup final win over Millwall – he was named Sir Matt Busby Player of the Year.

His second term didn’t quite live up to his first, but late season form saw him end 2004/05 with nine goals in 50 appearances. In 2005/06 Ronny again reserved his best form for the latter stages, but the inconsistencies of a developing young player were being ironed out. He departed, full of hope and with great expectations, for the 2006 World Cup finals in Germany - what turned out to be a truly defining moment in his career. In the quarter finals, Portugal met England and, after Wayne Rooney’s sending off, Ronaldo became the pantomime villain for the English press. Some doubted he would return to Manchester. But Sir Alex assured him any ill-feeling would blow over. It’d happened with Eric Cantona and David Beckham. Ronaldo met the inevitable boos with the best football of his life.

United’s title success in 2006/2007 was a team effort, but one man took the lead role in every major plotline. It began with the barnstorming 5-1 win over Fulham – Ronaldo and Rooney ran the show and publicly banished claims they were at odds. Dazzling wing-play was backed with regular assists and crucial goals. His form that season brought a glut of individual accolades and, despite interest from other clubs - notably Real Madrid - he extended his contract until 2012.

Ronaldo improved further in 2007/08, netting a staggering 42 goals in all competitions. In May 2008 he fired United to domestic and European glory; scoring a decisive penalty on the final day of the league campaign and a powerful header in the Champions League final in Moscow. His staggering individual performances gleaned a clean sweep of club and domestic individual honours, with global gongs soon to follow.

At Euro 2008, Ronaldo’s future was again the subject of claim and counter-claim. Happily, in the end, he pledged his allegiance to United, although ankle surgery delayed his start to the 2008/09 campaign. He made his return as a substitute against Villarreal in the Champions League and was given a rousing home reception. Two months later, his 100th Reds goal arrived against Stoke City at OT on 15 November 2008.

Ronaldo’s magical 2008 was rounded off with another string of individual honours. In October he was named FIFPro Player of the Year, and in December became the first United player since George Best in 1968 to be awarded the prestigious Ballon d’Or trophy. To cap it off, in January 2009, he became the first Red to win the FIFA World Player of the Year award. "This is the climax of a fantastic era," he said. "I'm lucky to be part of United's history. It's one of the most important moments of my life, I hope to be back in this position again."

While Ronaldo did not dominate on the field in 2008/09 to the same degree as he did in 2007/08, he still played a significant role as the Reds achieved a hat-trick of league titles and reached a second successive European Cup final. For example, Cristiano scored in all three knock-out rounds of the Champions League, including the club's Goal of the Season to defeat Porto in the quarter-final second leg in his native Portugal and a double in the semi-final second leg against Arsenal.

In his final appearance at Old Trafford, Ronaldo received his third championship medal after the Reds sealed the title with a point against Arsenal. There was no indication then that Cristiano was contemplating an exit - but that all changed on 11 June 2009 when United announced he had "expressed his desire to leave" and that Real Madrid's world record £80m offer had been accepted. Less than three weeks later, the transfer was concluded.

Check out this classic match against Spurs from 2007, when the Reds ran riot at White Hart Lane...

Cristiano Ronaldo flew through the air and scored a thumping header as United won in Italy, in 2008...

You might need to watch this three or four times to work out how exactly Cristiano netted this audacious strike...

Just moments earlier, Ronaldo missed a one-on-one chance against Reina. You can guess what he did next...

“I’d sign him every day of the week,” says Solskjaer, of a certain outspoken former player and personality...

Cristiano Ronaldo was simply unstoppable against the Magpies, on this day in 2008...

Happy 36th birthday, Cristiano Ronaldo! Let's remind ourselves just how good he was in the United shirt...

Are the top strikers getting better with age? Edinson has his say and reveals the secret of his great movement.

We've become used to Cristiano setting new records, but this one is truly amazing.

When it comes to nail-biting Premier League games at Fulham, this one starring Cristiano Ronaldo set the template...