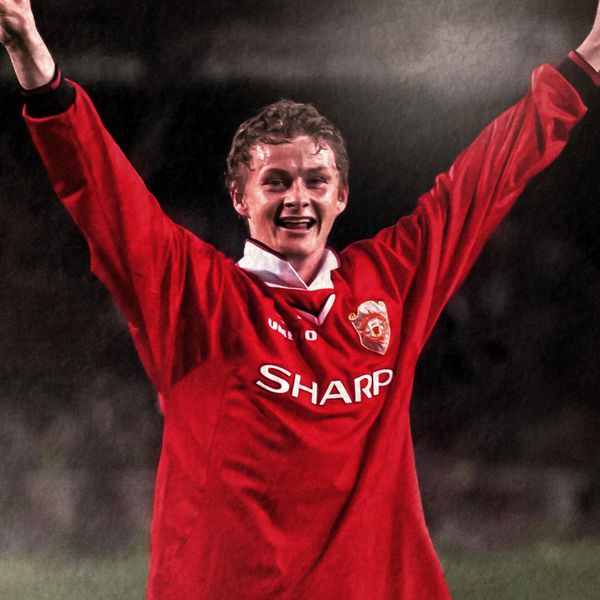 Ole Gunnar Solskjaer reluctantly called time on his United playing career on 28 August 2007 – 11 years and three days after it began with a goalscoring debut.

On the field, the Norwegian became an embodiment of the Reds’ never-say-die spirit in their most successful decade, often scoring late goals when points or trophies looked to have been lost. But off the field, he finally had to admit one defeat - in his battle with a persistent knee injury.

On retiring, Ole said: “I would like to thank the manager, the coaching and medical staff and most of all the supporters.

"The supporters have been fantastic and were a real inspiration to me when I was out injured. I feel proud to have represented United for 11 years and have some very special memories."

Ole's many career highlights include his four goals in 12 minutes after being introduced as a substitute at Nottingham Forest, in United's record away win (8-1). But surely the most special memory of all would be the Champions League final in 1999 when he best exhibited his ability to seize the whisker of a chance. His injury-time toe-poke past Bayern Munich keeper Oliver Kahn completed United's Treble and cemented his place in Reds folklore.

However, the end of Ole’s playing days certainly did not finish his association with United, as he tried his hand at coaching and took charge of the club’s Reserve team, helping to develop emerging talents such as Jesse Lingard and Paul Pogba.

The Norwegian returned to his homeland in 2011 and spent three years with Molde before taking over at then Premier League side Cardiff City. During his brief spell in south Wales Ole did visit Old Trafford as an opposition manager, with United winning 2-0, but following the club’s slide into the Championship he left the Bluebirds in September 2014.

After nearly two years out of management, Solskjaer once again took charge at Molde, but just before Christmas in 2018, he received a call he just could not turn down - Manchester United. After Jose Mourinho's departure from the manager's position at Old Trafford, Ole was appointed as caretaker boss and remarkably won his first eight matches in the hot seat. He also oversaw one of United’s greatest ever European comebacks, when the Reds beat Paris Saint-Germain 3-1 at the Parc de Princes to qualify for the quarter-final stage of the Champions League.

Solskjaer was subsequently made permanent manager, signing a three-year contract on 28 March 2019. Reacting to his appointment, the Norwegian said: "It’s truly an honour. I think everyone knows, and I’ve spoken about it in the last few months, that this is the dream job for anyone interested in football, especially anyone who has been involved with Manchester United. Being given the opportunity now to move the club forward, with all its potential, is fantastic.”

The boss was asked whether players from 'red-list countries' will depart the club in the coming weeks.

See what Solskjaer said to reporters in his media briefing, after the final whistle...

Ole: We were a bit off Article

The boss reflects on a frustrating night against Palace as attentions turn to the Manchester derby.

The boss explains why De Gea and Martial are not in the squad in south London tonight...

Ole: We've got a score to settle Article

The boss looks ahead to Wednesday night and says our opening day defeat to Crystal Palace still stings.

What does Ole expect from Palace? video

The boss assesses how he thinks Roy Hodgson and his team will approach Wednesday's game...

Get ready for our trip to Selhurst Park by watching the manager's press conference with journalists...

Ole: How the players have impressed me Article

The boss explains why he's been so pleased with his squad during this pandemic-affected season.

The Football Association has reviewed what was said after United's draw at Stamford Bridge.

Ole discussed our goalscoring troubles, the non-penalty and plenty more in his media briefing after Chelsea...

Ole: The quality will come video

Solskjaer admits we didn’t do enough to win at Chelsea, but feels there were plenty of encouraging signs…

Ole: There's more to come from this team Article

Read what our Ole had to say following an intense battle in London against Chelsea.

Ole: We'll have to be spot-on video

What does Ole expect from Chelsea? Article

The boss gives his thoughts on Thomas Tuchel's reign so far ahead of today's big game.