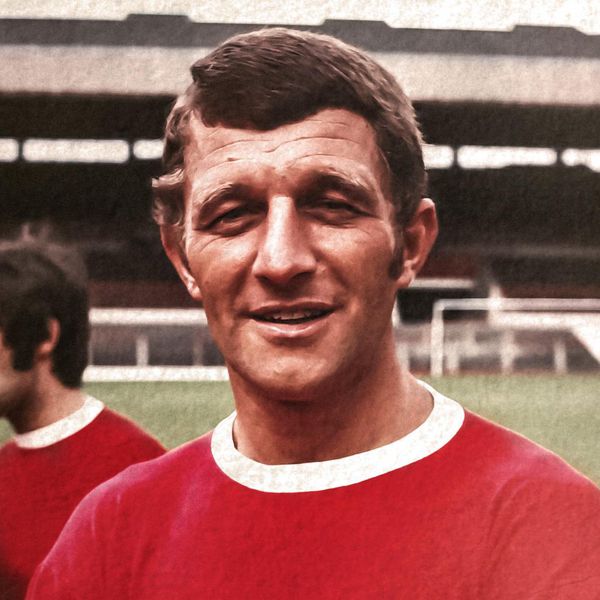 Few United players have known how to find the net better than David Herd. In seven years at Old Trafford, he scored 145 times in 265 appearances.

Herd grew up locally in Moss Side and joined his father, a former Manchester City player, at Stockport County as an amateur in 1949. He turned professional two years later, moving to Arsenal in 1954 where he bagged an impressive 99 goals in 166 matches.

In 1961 he finished second to Jimmy Greaves in the First Division scoring charts, attracting the attentions of Matt Busby, who paid £40,000 for his services later that year.

Herd scored on his United debuts in the FA Cup, the League Cup and all three European competitions, and on his third league outing for the Reds fired a brace to take his Football League goals tally to 100. He ended his first season at Old Trafford with 14 goals from 27 starts.

Herd scored twice in the 3-1 FA Cup final victory over Leicester City in 1963, before helping United finish second in the league the following season; his partnership with Denis Law yielding 50 goals. United were crowned champions a year later, and in the following season, 1965/66, Herd found the net 32 times.

More title glory followed in May 1967, but success was tinged with sadness for Herd, who suffered a broken leg in the preceding March when scoring a goal in United's 5-2 win over Leicester City. It was an injury that would ultimately limit his first-team chances.

Herd was awarded a European Cup winner’s medal in May 1968 for his part in United’s triumphant campaign (he played in the quarter-final against Gornik Zabrze) but he only made eight appearances across all competitions in that season. It was to be his last year with the Reds and he moved on to Stoke City in the summer.

After two seasons at Stoke, Herd ended his playing career with Waterford in Ireland and later turned his hand to management with a year and a half in charge of Lincoln City.

On this day in 1958, United won a remarkable match in North London.