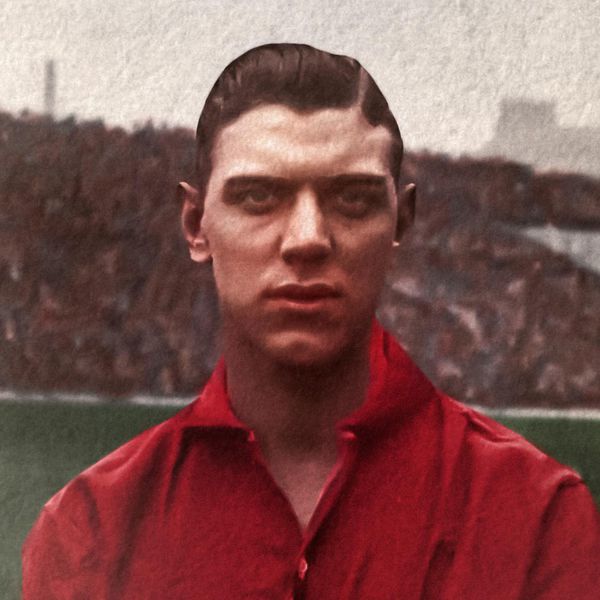 He may not be a household name, but Jack Silcock was one of United’s most loyal and dependable players for 15 years between the wars.

For most men of his generation, football was rare as a first-class profession and Wigan-born Jack began his working life as a miner at Aspull Colliery.

His talents were recognised by local outfit Aspull juniors, and he signed for the Lancashire combination club, Atherton.

He played in the wartime league, but had to wait until August 1919 to make his first-team debut, in a 1-1 draw with Derby County. From that point Silcock became a permanent fixture in the United backline.

Jack was a strong, skilful full-back with excellent distribution skills and went on to make 449 first-team appearances in a decade-and-a-half with United.

Although his performances didn’t deliver any silverware, they earned him three full England caps. He also played three times for the Football League representative side.

In August 1934, Silcock left United for Oldham Athletic. Sadly, the move proved a mistake and, after failing to make a breakthrough and spending half a season in the reserves at Boundary Park, he moved to non-league Droylsden.

There, without the pressures of playing for a top side, he was able to combine playing with business, and ran the ‘Rob Roy Hotel’ in Stretford.

Why United could be set to make history Article

Ole could field the most debutants the club has had in a single game since World War I.