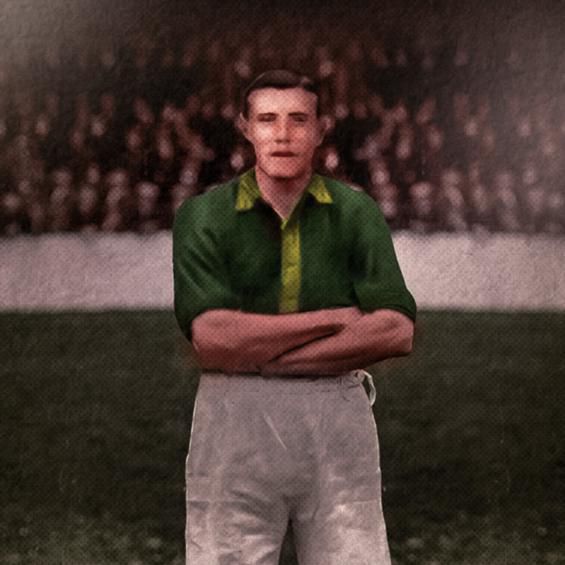 But while the French forward helped Ferguson's team to finally win the title, the Scottish striker made his mark at the opposite end of the table.

Joe joined Newton Heath in time for them to win their 1893 test match - or relegation play-off - against Small Heath. His emergency work done, he returned north of the border and played for Celtic until Newton Heath came calling again, two years after his initial two-month spell.

Cassidy stayed in Manchester much longer second time around, establishing himself as a powerful and prolific goalscorer in five years with Newton Heath from 1895 and then one season with City in 1900/01.

His first match on his return to England was remarkable - Walsall Town Swifts were thrashed 14-0, with 11 goals scored in the second half. Cassidy himself netted four but sadly the result did not stand. Walsall protested about the "fearfully heavy" Bank Street pitch and in a replay, salvaged some pride... 'only' conceding eight after the break and losing 9-0. Cassidy's two goals were counted and included in the century he clocked up for Newton Heath.

His ton made him United's all-time top scorer until Sandy Turnbull reached treble figures in 1914. It also made him a valuable asset, a point not lost on Newton Heath's cash-strapped directors when a bid came in from across town. Reluctantly, Cassidy was sold to Manchester City in April 1900 for £250.

City made a loss on Cassidy 12 months later when they sold him to Middlesbrough for £75 after a disappointing season.

He fared better at Boro, scoring 34 goals in 135 games, but clearly his best years were behind him - those he spent as a Newton Heath hero.