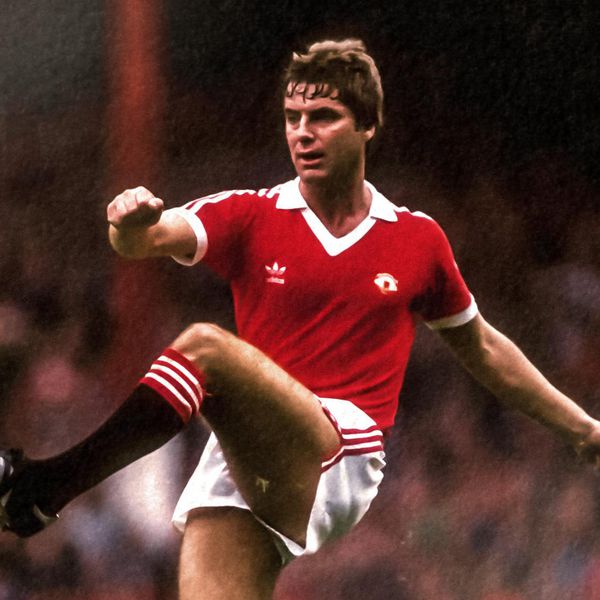 For a decade Martin Buchan was arguably United's most influential player.

A cultured centre-half on and off the pitch, he was captain for six years during the 1970s, leading the Reds to the Second Division title in 1974/75 and the FA Cup in 1977.

The Scotsman began his career at Aberdeen as a schoolboy, turning professional in August 1966. His progress was swift and by the age of 20 he was handed the captain’s armband at Pittodrie and enjoyed early success, leading the Dons to victory in the Scottish Cup Final of 1970 – the youngest player ever to do so.

Soon he was attracting attention south of the border and towards the end of the 1971/72 season Liverpool, Leeds United and Manchester United were all chasing the classy young defender. On 29 February 1972 Frank O’Farrell signed Buchan for £125,000 – then the club’s record signing. His early days at United weren't the happiest of times. The standard of the team was not quite as high as first expected and at the end of the 1973/74 season Buchan found himself experiencing the seemingly unthinkable: demotion to the Second Division.

“I wasn’t happy about relegation, but I decided to stay and help the club back into the First Division,” he later explained. A year later he’d done just that, the Reds winning Division Two at a canter. Further success followed in 1977 with a 2-1 FA Cup final victory against Liverpool at Wembley. In doing so, Buchan became the first man to captain a side to both FA Cup and Scottish FA Cup success.

In Buchan’s 11 years at Old Trafford, he demonstrated excellent positional awareness which, coupled with his pace, made him one of the coolest and classiest defenders of his era. He made 456 appearances, scoring four goals, and played 34 times for Scotland, including two World Cups in 1974 and 1978.