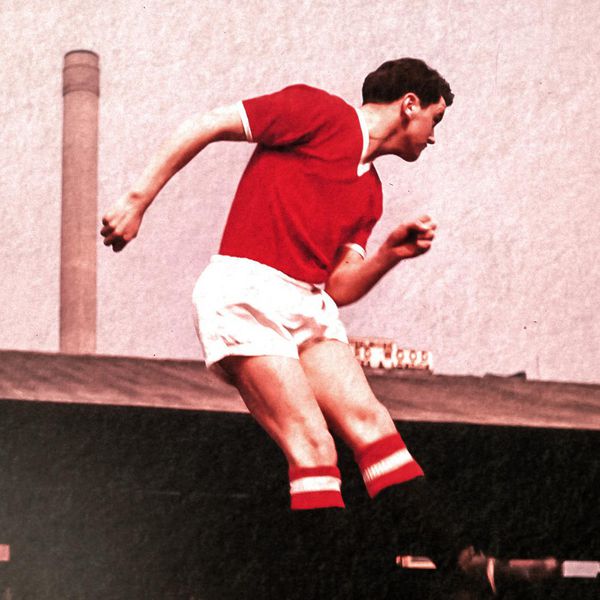 Tommy Taylor is regarded by those who saw him play as the greatest centre-forward ever to represent Manchester United and England.

He was the finest header of a ball in his era, his control and first-time passing immaculate, his scoring rate for club and country extraordinary. In fact, he was so good that the great Alfredo Di Stefano of Real Madrid dubbed him 'Magnifico'.

Taylor is often inaccurately labelled a Busby Babe. Although he was member of Matt Busby’s team of youngsters, he was not home-grown, but signed from Barnsley for £29,999 in March 1953 - a fee agreed so that Taylor would not be burdened with the label of a £30,000 player – a tea lady getting the extra pound.

The big Yorkshireman’s path to Old Trafford was an unusual one in modern terms. At the age of 14 he was working at the Warncliffe Colliery, a job he left to begin a professional football career with Barnsley FC.

At 18 he began two years’ national service and on 25 May 1950 duly became Gunner Taylor 22366853, being posted to Oswestry with the Royal Artillery.

In 1953 United were coming to the end of an era, with Matt Busby and Jimmy Murphy on the look out for a new centre-forward. Taylor fitted the bill and once signed he soon justified their faith. In 191 appearances for United he scored 131 goals, giving him a goal ratio - of two every three games - that remains unsurpassed.

Tragically, on 6 February 1958, along with seven of his team-mates, Tommy lost his life in the Munich air crash. The world at his feet, his future had been snuffed out at just 26, leaving many to reflect on how he good he could have become.

On this day in 1957, United faced Real Madrid - with swanky new floodlights, a packed stadium and bags of anticipation!

Our new series unravels some of the club's greatest triumphs, beginning with the Busby Babes in their pomp.

On this day in 1958, United won a remarkable match in North London.