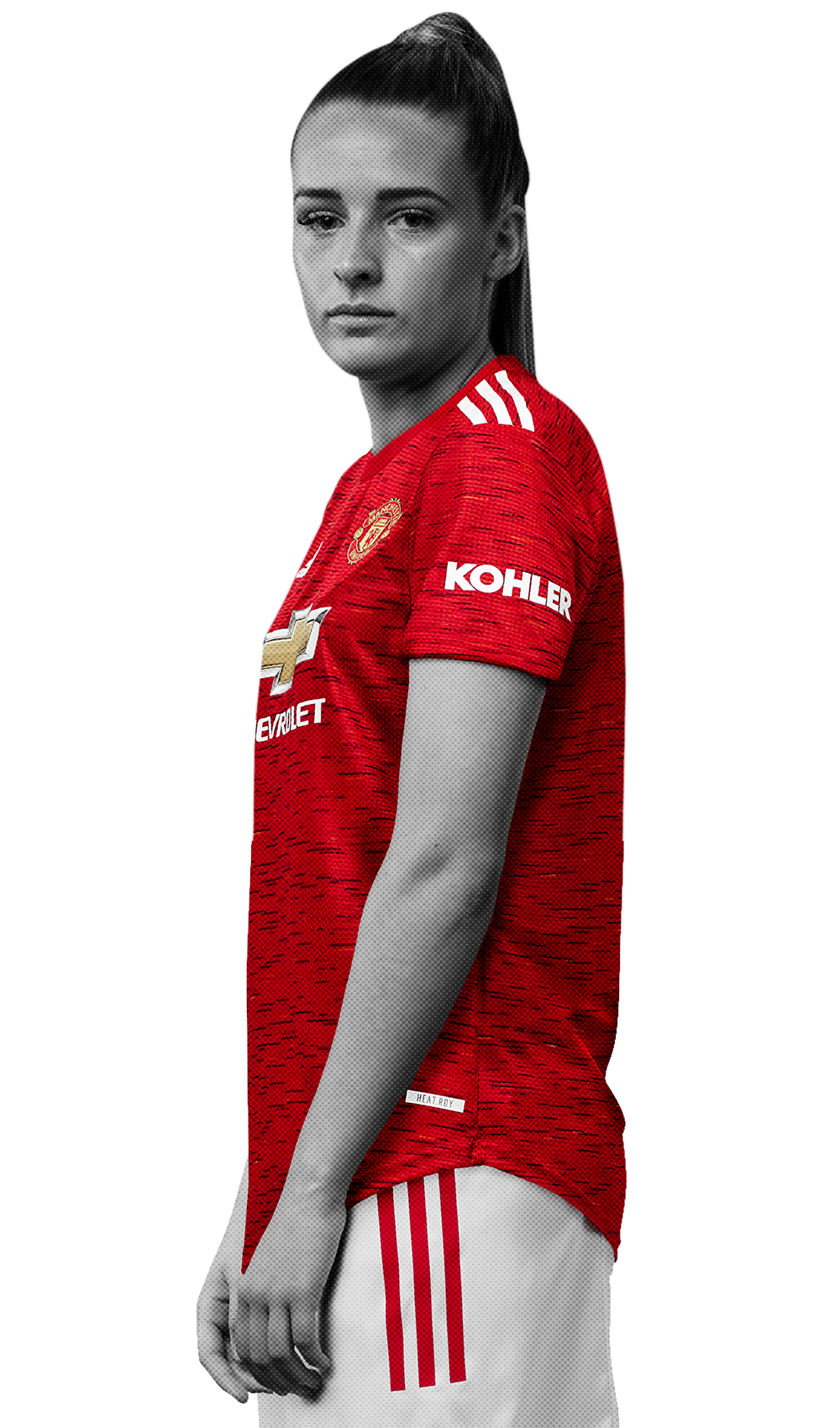 An unpredictable winger who is a nightmare for opposition defenders.

Toone spent seven years with the Reds’ youth teams before returning, via spells at Blackburn Rovers and Manchester City, in 2018.

Able to play anywhere in the United frontline, Toone is an explosive forward with a real eye for goal, and she proved this by netting 15 times across 19 starts in all competitions as we stormed to the FA Women’s Championship title.

After contributing four goals in a 7-0 league win against Leicester City in February 2019, Toone claimed the FA Women's Championship Player of the Month award and was also capped by England Under-21s for the first time.

A Red has been nominated for each of the WSL awards from last month.

The Reds make it four away wins from four in the Women's Super League.

The Reds rack up the goals to bring three WSL points back from the Midlands.

The England Under-21 winger has agreed a contract extension with United Women.

At home with Millie, Mollie, Martha and Ella Article

It's time for another check-in with the United players and, this time, it's a bumper edition with four Reds!

The Reds close the gap at the top of the table with another comprehensive win over the Foxes.

'It's time to stamp our authority' Article

"Ella plays football with a freedom and flair that's a real asset to our squad... she can be whatever she wants to be in the game."

'Every game's massive if we want to win the title' Article

MU Women's no.7 Ella Toone on returning to the Reds, her love for the fans and the team's vital fixtures ahead.