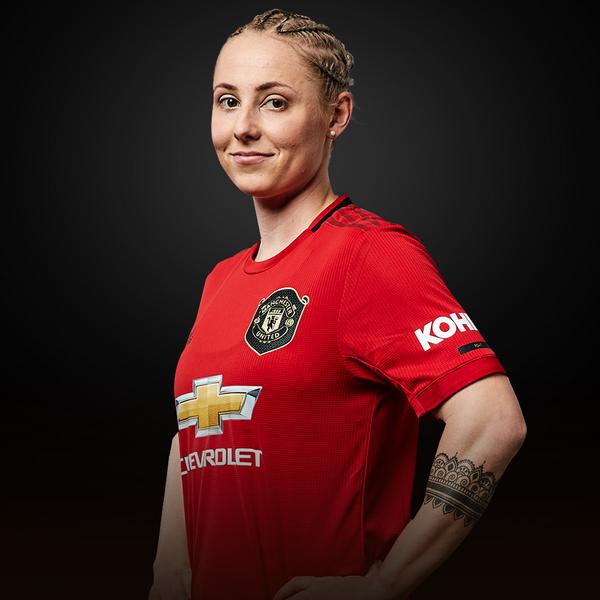 Pacy and powerful, Galton is never more comfortable than when marauding down the flanks.

Leah is a dynamic winger who joined United in 2018 after spells in the USA, with Sky Blue FC, and Germany, where she played for Bayern Munich.

The left-footer, who began her career with Leeds United before moving to the States in 2012, has been capped by England at under-age level and was previously selected to train with the senior squad.

In 21 appearances across all competitions in 2018/19, she weighed in with four goals, including the third in our 5-0 win at home to Lewes on the final day of the season, when we lifted the FA Women's Championship trophy at Leigh Sports Village.

On 27 January 2020, midway through her second season at the club, it was announced that Galton had signed a new contract to keep her at United until the end of 2020/21, with the option to extend for a further year.

Galton: My love for the game has grown Article

We spoke to United Women winger Leah Galton at length after her recent return from injury.

Leah Galton is thrilled to commit her future to United Women with a new contract.

Stoney: Our mentality must be right Article

The Reds rack up an emphatic away win to go four points clear at the top of the Women's Championship.

Three first-half goals gave the Reds a winning end to 2018 and a place in the Continental Tyres Cup's last eight.