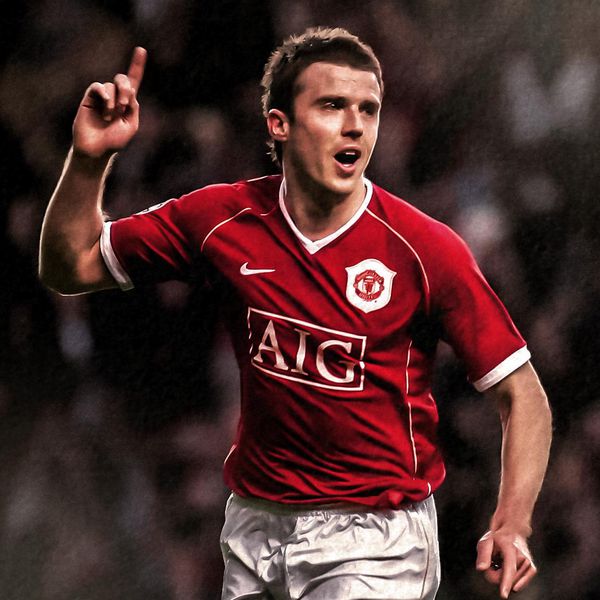 Michael Carrick retired from playing at the end of the 2017/18 season, bringing the curtain down on one of the most distinguished football careers in the modern era.

The deep-lying midfielder had been named Manchester United club captain in his final campaign, following Wayne Rooney’s departure in the summer of 2017, and before that he was rewarded by the club for his services with a testimonial.

Carrick was a pivotal cog in the United machine for over a decade, following his arrival from Tottenham Hotspur in 2006. A lynchpin of the Reds’ engine room, he dictated play with his considered, refined style.

During his debut campaign of 2006/07, he carved out a formidable partnership with Paul Scholes and began to mature into one of English football’s most sophisticated and classy passing midfielders, quickly bagging the maiden honour of his professional career with the Premier League title.

A calming influence and the master of the interception, Carrick went on to become a fixture in United’s side for seasons to come, even filling in at centre-back at times, illustrating his versatility.

The 2012/13 campaign was probably his finest in the red shirt as, alongside Robin van Persie, United’s no.16 was the crux of the club’s 20th league triumph. Carrick’s contribution occasionally stretched to spectacular goalscoring; however, in his primary role of screening the defence and probing well-drilled opposing ranks, he excelled and was rewarded with the Players’ Player of the Year award.

In the seasons since, following Sir Alex Ferguson’s retirement from management, Carrick experienced a few difficult years with injuries, but when fit and called upon he continued to show United fans his undying class and commitment to the United cause.

In November 2017, Carrick revealed he had been experiencing an irregular heart rhythm which had required a medical procedure and had kept him out of action. Still an influential figure in the dressing room, he returned to the line-up in the early months of 2018 and completed 90 minutes in the Emirates FA Cup victories away to Yeovil and Huddersfield Town. He also came on as a substitute during a narrow Premier League defeat at his hometown team Newcastle United.

On 12 March 2018, the long-serving midfielder confirmed he would retire from playing and added that a role on Jose Mourinho's backroom staff would be his likely next step.

In preparation for this, he started to sit among the coaches on first-team matchdays and he duly took up his new coaching role in pre-season ahead of the 2018/19 season.

What advice is Garner putting into practice? Article

Michael suggests which instructions the coaching team are trying to drill into the players.

We have insight from Solskjaer and Carrick, plus opinion from Thornley and Brown, on the eve of our FA Cup tie...

Carras is now our first-team coach, but nine years ago today he was slotting this sublime left-footer past Bolton...

When United beat City in the League Cup semi video

Michael Carrick examines one of our most electrifying European nights at Old Trafford in this exclusive long read.

Michael Carrick netted this superb chipped effort against tonight's opponents, in a 2-0 win in 2007...

How Ercolani spent his time on the sidelines Article

Luca tells us why he has been encouraged to take his coaching badges as the Under-23s prepare for the Manchester derby.

How Fernandes is learning from Carrick Article

In another extract from his UTD Podcast, Bruno explains the benefits of having Michael Carrick on the training pitch.

David Jones explains why Paul Scholes and Michael Carrick were the best in the business.

Michael Carrick produced this beautiful curled strike against Northampton on this day in 2016...

Our latest Goal of the Day, chosen by @ADETUNGIE, is a long-range rocket from Michael Carrick against Roma...

Through his Foundation, the former Red handed out back-to-school equipment to youngsters.

Which retired Red can still cut it on the pitch? Article

Luke Shaw picks out a former player who he considers capable of playing in the Premier League now.

Michael Carrick scored a late winner at Wigan on this day in 2009, taking us a step closer to title no.18…