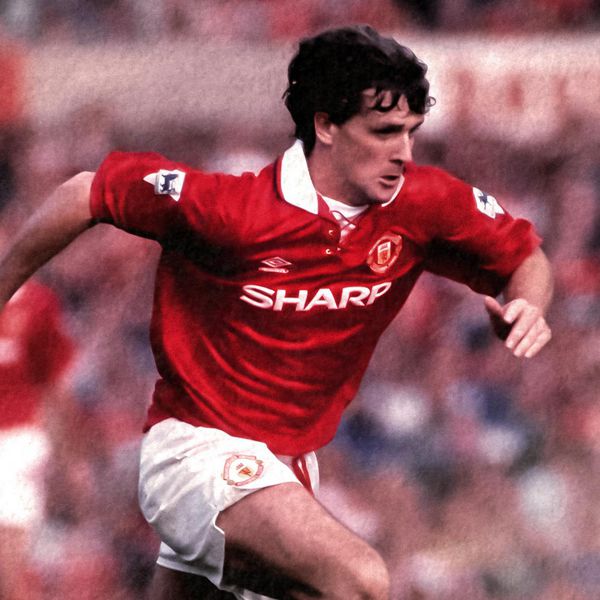 Mark Hughes made a habit of doing things his own way throughout a brilliant career.

They say the only way is down after you leave United, but few players move to a club like Barcelona, and fewer yet return to Old Trafford for a second even more successful spell with the Reds.

His love affair with United began in March 1978 when he signed schoolboy forms as a 14-year-old, but few would have believed that this young midfielder from Wrexham would go on to become one of the club’s greatest-ever goalscorers.

United youth coach Syd Owen was the man to spot Hughes’ potential as a striker and for that every Red owes him a debt of thanks. Sparky made a goalscoring debut against Oxford in November 1983 and six months later marked his international debut against England with another goal.

In 1985 he was named PFA Young Player of the Year and picked up an FA Cup winner’s medal, but a contract dispute halted his progress with the Reds and a year later he was out of United and off to Barcelona, surprisingly snapped up by Barca manager Terry Venables.

Hughes never settled at the Nou Camp and described his Catalan move as “horrible”, scoring only four goals in 28 games. A year later he was sent to Bayern Munich on loan where he refound his goalscoring touch and in July 1988 Alex Ferguson spent £1.5m on bringing him home. It proved to be a masterstroke. Hughes was named PFA Player of the Year in his first season back and rescued the Reds in the 1990 FA Cup final with two goals against Crystal Palace to force a replay that gave Ferguson his first trophy.

He was again named Player of the Year in 1991 and experienced glorious retribution with a man-of-the-match display in the European Cup Winners’ Cup final in Rotterdam, scoring twice in the 2-1 victory over old club Barcelona.

In 1992, another medal came his way - this time the Reds’ first ever League Cup, and the next season saw him complete the domestic set with United’s first league title in 26 years.

Hughes’ new partnership with Eric Cantona lit the touchpaper for United’s title charge and later Sparky was moved to say, “I know the Frenchman changed my footballing life.” And while Cantona grabbed the headlines, it was Hughes’ 100th league goal against Crystal Palace that helped clinch the first ever Premiership crown.

Sir Alex once said: “Hughes was the best big game player I have known,”, and that was never more true than in the 1994 FA Cup semi-final against Oldham when his injury time volley saved United from a shock Wembley defeat. The Reds beat Oldham in the replay and went on to trounce Chelsea 4-0 in the final – Hughes scoring the third to land the club’s first ever Double.

In June 1995, Hughes signed for boyhood favourites Chelsea, but that was by no means the end of his glory days. He won a fourth FA Cup winners medal and a second European Cup Winners Cup gong with the Blues, and extended his playing career with Southampton, Everton and later Blackburn, where he picked up the last medal of his playing career - another League Cup - before hanging up his boots at the age of 38.

It was while at Southampton that Hughes launched his managerial career, managing the Welsh national team on a part-time basis. He masterminded a famous win over Italy and almost took Wales to Euro 2004, before returning to Ewood Park to take up a role as full-time manager of Blackburn. Spells in charge of Manchester City, Fulham, Queens Park Rangers and Stoke City have followed.

“When we turned up at the stadium, there were Reds everywhere,” says Sparky, recalling the Cup Winners’ Cup final…

UTD Podcast co-host David May puts Mark Hughes on the spot about Rotterdam and the Welshman's answer is gold...

Our legendary former striker recalls being on the receiving end of one of the most famous "Fergie-time" winners.

The goals get better and better in our countdown of Sparky's best 10 United strikes...

Hughes: I had a fantastic time at Bayern video

Hughes: Why I ended up at Bayern Article

In the latest UTD Podcast, Mark Hughes provides insight into his loan in Munich and the promise of a United return.

In the latest UTD Podcast, Mark Hughes recalls his move from Manchester United to Barcelona in 1986.

"It's like we say about Bruno Fernandes, Eric Cantona was made for United," explains Sparky in his UTD Podcast...

Hughes: Cantona was made for United Article

Eric Cantona and the Reds were destined for each other, says our former forward on the latest UTD Podcast.

In the latest episode of our weekly series, Mark Hughes explains how he thrived on the support of our crowd.

‘I could sense when they wanted a tackle!’ video

Mark Hughes discusses his special relationship with the Old Trafford crowd, during his playing days…

In Friday's bulletin: Solskjaer's determination to right a wrong and our next UTD Podcast guest, who has LOTS to say...

Mark Hughes got the final touch to this epic breakaway goal against the Blades in 1993...

This extra-time strike from Sparky ensured the 1990 FA Cup final against Palace went to a replay...