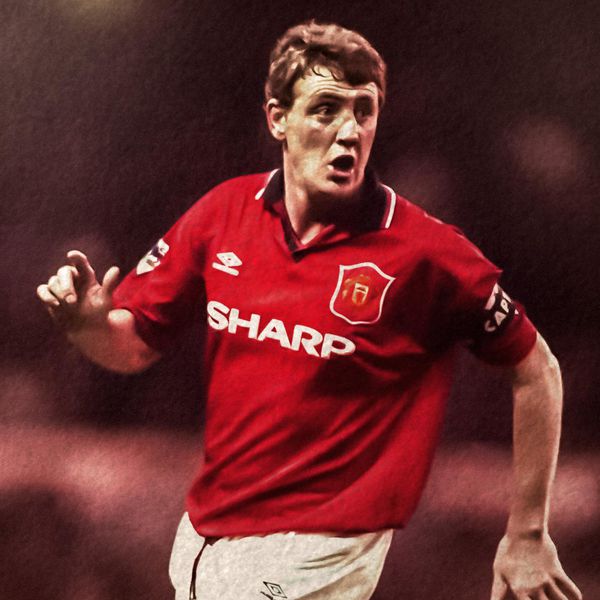 Pound for pound, the £825,000 Alex Ferguson paid Norwich City for this craggy, uncompromising centre-half two weeks short of his 27th birthday in December 1987, was one of the best deals Manchester United have ever done.

Bruce’s central defensive partnership with Gary Pallister – the pair were affectionately dubbed ‘Dolly and Daisy’ – was the bedrock on which three Championship-winning sides were built (1993, 1994 and 1996), as well as successes in the European Cup Winners' Cup (1991), FA Cup (1994, 1996) and the League Cup (1992). It was arguably Bruce’s two critical late, late goals – a pair of towering headers – against Sheffield Wednesday that tipped the 1992/93 Premiership title race in United’s favour and really got the ball rolling for United’s dominance of the modern game.

Bruce’s was a steady climb to the football summit. A product of the famous Wallsend Boys Club that gave the game talents like Alan Shearer, Peter Beardsley and Michael Carrick, he represented Newcastle schoolboys, but was rejected at 16 by his boyhood idols, as well as Sunderland, Bolton Wanderers, Sheffield Wednesday and Southport because he was perceived to be too small. He subsequently got a job at the Swan Hunter shipyard as a trainee plumber but a week before he was due to start was offered an apprenticeship with Gillingham.

After making his league debut for the Gills at the start of the 1979/80 season while still just 17, he went on to make more than 200 league appearances for the Kent club before Norwich paid £135,000 for his services in August 1984. At Carrow Road, Bruce won a League Cup winner’s medal in 1985 and the Second Division Championship medal the following year. Remarkably, for all his subsequent honours at Old Trafford, Bruce was never selected for a full England cap, though he did lead the side at B level.

He finally left the Reds on a free transfer for Birmingham City in the 1996 close season after nine years, 414 appearances and a prolific 51 goals. Assisted by his accuracy from the penalty spot he had remarkably finished as the club’s joint top scorer in 1990/91 with 19 goals in all competitions.

In 1998 he started out on the management trail with Sheffield United as player-manager, and has also been in charge at Huddersfield Town, Wigan Athletic, Crystal Palace, Birmingham City, Wigan, Sunderland, Hull City and currently Aston Villa.

After waiting 26 years for a league title, two came along in the space of only 12 months.

Harry Maguire and Victor Lindelof are on track to continue keeping things tight at the back for United.

Steve Bruce joined United on this day in 1987, so our latest 'Goal of the Day' is the big man's most iconic strike...

Check out our analysis of Newcastle United, ahead of Sunday's showdown with Steve Bruce's side...